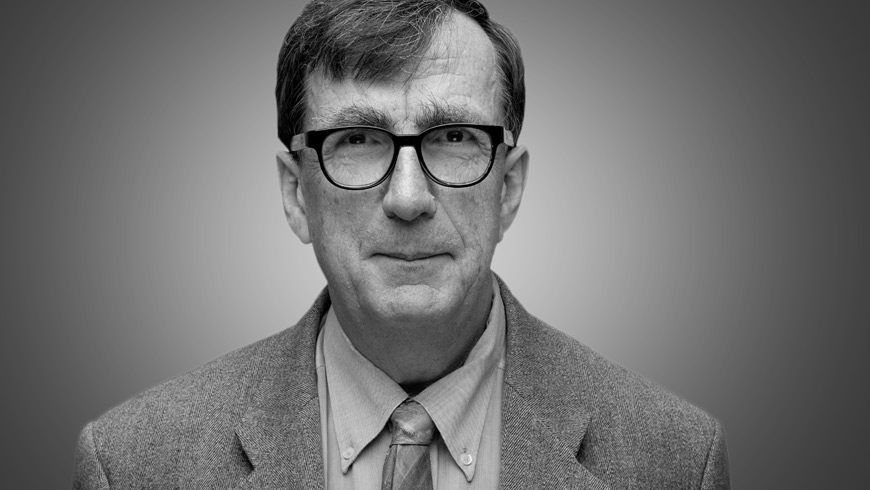 For Dr. Bruno Latour, eminent French philosopher and anthropologist, nature and resources have always been part of politics, in some way.

He says there was a time in the 17th century when there was a dividing line between science, natural law and politics. This division didn’t always work practically, he says, but the western world operated this way until ecology came into the foreground at the end of the 20th century and destroyed this divide.

“Every single issue about energy, transportation, production of food and so on, has become mixed, which is an understatement. So now it is very difficult to separate what is about science and what is about politics. That’s what is new– in theory.”

He references his contemporary, French anthropologist Dr. Philippe Descola, whose work has shown that at other times and in other cultures a continuity between nature and society has existed, in which the two concepts were not thought of as distinct from one another. “Nature is not a universal concept,” he adds.

Now he says, “to do politics is to deal with nature,” citing oil, fracking and forests, as examples of recent contentious politics concerning natural resources.

Over the course of his career, Dr. Latour has spent a considerable part of his time conceiving of other ways to think about society and nature, or about humans and non-humans, as he puts it. “I am trying to find the right institution, polity and vocabulary to speak collectively about these matters of dispute.”

As countries around the world continue to grapple with ecological crises, the politics of natural resource extraction and the impacts of climate change, Dr. Latour’s work is increasingly relevant.

“Science is an important way to represent the will and destiny of non-humans,” says Dr. Latour, adding that the anthropology of science has been very useful in this regard. He chuckles under his breath about advocating for his own discipline. “Science is a good way to think about politics.”

On September 23, 2013, Dr. Latour was in Vancouver to deliver the fall 2013 Wall Exchange lecture, entitled War and Peace in an Age of Ecological Conflict, where he will discuss the Anthropocene– a geological, anthropological, religious and political concept– as an alternative to notions of modernity and modernism.

“For many years, I have argued that we have never been modern,” he explains. “Modernity is believed to have occurred, we thought we would emancipate ourselves from all sorts of attachment and basically live in a progressive frontier, as though we could expand indefinitely, but this emancipatory past was lost somewhere at the end of the 20th century precisely because of the ecological crisis.”

The Anthropocene, as a concept, proposes that humans are the active geological force on the planet. “If we become a geological force and are influential enough to modify the conditions on the earth, we are a different species; we are no longer a modernist species.”

In his book, We Have Never Been Modern, published in 1991, he argues that modernity is a dual process of ‘purification’ and ‘hybridization’ where modernists separate nature from society and the self, but mix nature and culture at times. He contends that moderns pretend to separate the two, but in practice produce forms of nature-culture hybrids.

Dr. Latour also emphasizes the political and social significance of the Anthropocene.

“The most important geological force now operating on the earth is humans. Humans are a complicated entity because it isn’t anyone in particular– it is humanity as a whole– and of course, not everyone is doing the same thing,” he argues. “Politically it is a very interesting concept because it unifies humans even though humans are not unified at all. The poor and the rich and the people from the South and the North don’t have the same responsibility.”