From Conflict to Peace: Making a Society More Whole 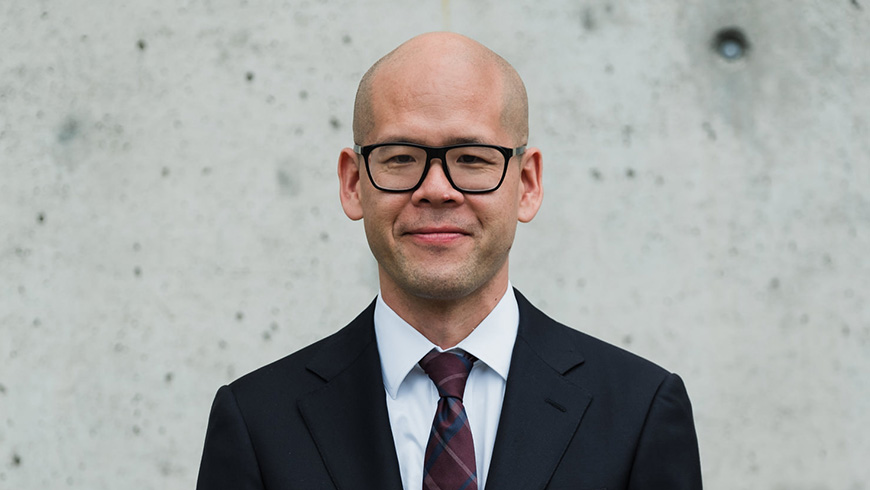 This excerpt from Chromatic: Ten Meditations on Crisis in Art and Letters is written by 2020 Wall Scholar and Constitutional Law expert, Hoi Kong. Illustrations are by April dela Noche Milne. Chromatic is available for preorder through UBC Press. Order your copy today!

In societies riven by conflict, sometimes violently, it can be difficult for groups to arrive at lasting settlements that will allow them to live together in peace. These kinds of conflicts are crises that tear holes in the fabric of a society.

Often unscrupulous politicians, media, and other powerful interests want to perpetuate conflict because they are invested in the status quo. They can therefore overstate the extent and depth of disagreements and exaggerate the obstacles to peace.

In contrast, the general population can often be tired of conflict and may agree on general, shared values that can form the bases of a settlement. For example, there may be consensus among members of diverse groups that basic human rights should be respected, that every group – ethnic, linguistic, religious, and other – should be able to live in cultural and physical security, and that no group should be subject to the arbitrary power of another.

Because these kinds of conflicts can shake a society to its foundations, any lasting settlement will need to establish a new set of societal commitments and basic political institutions. It will need to take the form of a constitution. Constitutions articulate basic shared values, provide for institutions that govern and manage conflict, and are fundamental in the sense that they normally prevail over all the other rules in a jurisdiction and aim to last for a long time.

The deliberative peace referendum is an innovative proposal for overcoming the resistance of entrenched interests and asking the general public to identify shared values that can shape a new constitution. This kind of referendum will typically provide for mini-publics, gatherings of ordinary citizens selected to represent equally the groups that are party to a conflict. Citizens in these mini-publics will deliberate about what values (e.g., human dignity, mutual toleration, democracy, the rule of law, etc.) should be placed on a referendum ballot. They will be guided in their deliberations by facilitators and informed by experts on relevant constitutional, economic, social, and political issues.

Typically, one part of the deliberative peace referendum ballot will identify constitutional values and ask voters to rank them; another part will ask whether elected representatives of groups should be mandated to negotiate new constitutional arrangements in light of these ranked values. The mandate question acknowledges that members of the general public do not generally. Have the political experience necessary to negotiate the details of a constitution. And a mandate to negotiate only in light of popularly decided-upon values aims to constrain politicians from pursuing their narrow self-interests, including any interest they may have in perpetuating conflict.

Let’s consider what deliberative peace referendum campaigns might look like. They will in general aim to minimize misinformation and limit the influence of powerful interests. A trusted, impartial body – perhaps appointed by an international organization – may correct misinformation. Another institution – made up of ordinary citizens and advised by experts – may assemble information packages that will be delivered to each eligible voter. Spending limits can curb the influence of powerful economic interests. So, too, can laws limiting which parties are authorized to participate in a referendum and receive public funds.

If majorities of all relevant groups vote in favour of a mandate to negotiate, then representatives will negotiate constitutional arrangements in light of the values decided on by the referendum. The general public may have input into negotiations, and all relevant groups may vote on the results of the negotiations. If ratified by majorities in these groups, a new constitutional order will be established.

The above is a general outline of deliberative peace referendums. It will need to be refined or substantially changed in response to specific circumstances. For instance, in some contexts it may not be easy to clearly define who is a member of a given group, and referendum designers will need to be aware of this challenge. And indigenous-settler conflicts will require careful design, because they often present concerns about incommensurable values and colonial denials of prior sovereignty.

Discussion of these complications and others, as well as more detail about deliberative peace referendums, can be found in Deliberative Peace Referendums (Oxford University Press, 2021) by Ron Levy, Ian O’Flynn and Hoi L. Kong.