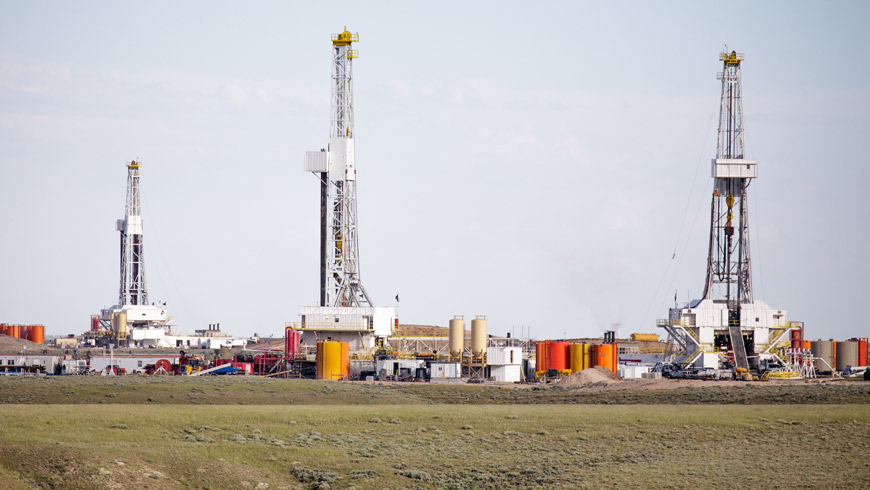 Hydraulic fracturing or ‘fracking’ produces natural gas. It also produces controversy, but Dr. Karl Linden isn’t concerned with either. He’s focused on recycling the water that fracking currently eliminates from the hydrologic cycle. A single well can use up to seven million gallons of water over the course of a few months. In Alberta alone, over 170,000 wells have been fractured since 1953.

Dr. Linden is a Professor in the Department of Civil, Environmental and Architectural Engineering at the University of Colorado at Boulder and a Peter Wall International Visiting Research Scholar who was hosted by Dr. Madjid Mohseni of the University of British Columbia’s Chemical and Biological Engineering Department. Dr. Linden has dedicated his life to water sustainability and conservation. He has studied contaminated water in the Ganges River, Africa and Central America, but he says nothing compares to the challenges he’s faced with fracked water.

“It’s water like no one’s ever seen before,” said Dr. Linden. “It’s a thick soup of gelling agents, hydrocarbons and minerals.”

In fracking, wells are drilled in shale rock with a soupy cocktail of water and drilling fluids pumped into the holes to split fissures and release the natural gas stored inside the rock. This water then initially flows back (flowback water) up through the well and after some time the water returns to the surface mixed with natural gas, which is known as “produced water” in the industry. The gas is extracted and the wastewater is disposed of, typically being pumped underground into injection wells. The US Environmental Protection Agency estimates that two billion gallons of fluids are disposed of in Class II injection wells every day in the United States. These injection wells are designed to go deep into the Earth to insulate potential drinking water sources with layers of confining formations and strata rocks. But the process permanently eliminates the wastewater from the world’s hydrologic cycle. 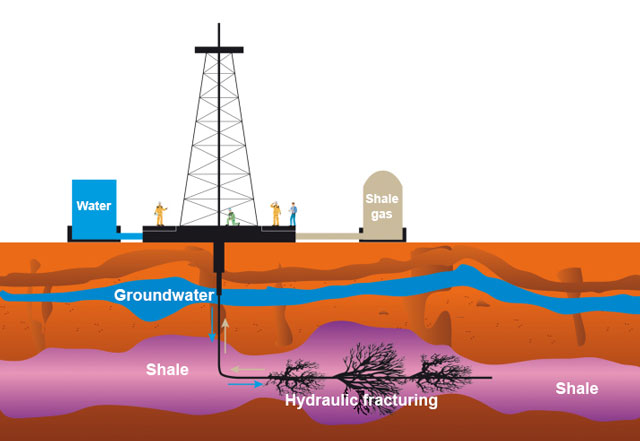 Fracking is controversial because new fissures opened by pressurized fracking fluid can connect to unknown natural fissures providing an unforeseen pathway for methane or chemicals to flow up to groundwater that people and animals drink from. Image: amandine45

“It’s a one-way ticket to nowhere and it’s not sustainable at all,” said Dr. Linden. “There’s no magic system where we can get new water from.”

There are 663 million people in this world with no access to a safe water source. It’s one of the biggest problems facing our planet. Dr. Linden’s ultimate goal is to clean fracked water to the point where it can be reintroduced into the environment. At the very least, he wants to be able to treat it so it can be reused in another fracking job.

“I want to give it another life,” said Dr. Linden. “Or two or three or four.” 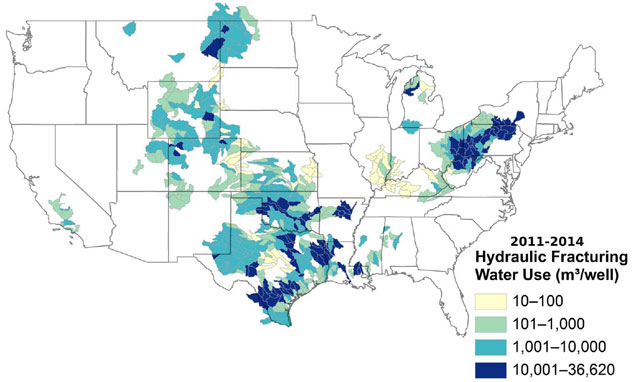 The early stage of Dr. Linden’s research on how to remove chemicals from water went slowly due to problems accessing wastewater to study. It took his team a year-and-a-half to get their hands on half a gallon of flowback water. The oil and gas companies initially did not want to disclose the ingredients of their fracking soup for commercial reasons, until a US hydraulic fracturing chemical registry (FracFocus Chemical Disclosure Registry) was developed and many states began requiring the reporting of chemicals used for hydraulic fracturing. Dr. Linden used that list of chemicals to kick start his research even as the fracking companies restricted any access to their wastewater.

“We had to develop industry relations slowly to develop trust,” Dr. Linden said. “Similar to working with skeptical communities in developing countries.”

One of his assistants would travel to fracking sites with cases of beer and whiskey and invite company employees out to dinner.

“We treated them well and with respect,” said Dr. Linden. “We ended up forming a good relationship and after we broke that initial barrier a lot more companies were receptive to us.”

Eventually, the team was hauling out truckloads of flowback and produced water to study. Now that Dr. Linden and his team have learned how to treat fracked water, the question is whether it can be done cheaply enough to entice oil and gas companies to recycle. Pollutants in flowback and produced water can interfere with chemicals essential to fracking, so it’s often cheaper for companies to brew up a new batch of fracking fluid.

“While the costs of fresh water for fracking and disposal of wastewater varies geographically, the ideal sweet spot is about 50 cents to one dollar per barrel,” said Dr. Linden. “If they can’t hit that price point for costs of treatment, it’s probably not worth it to them.”

Companies have more incentive to re-use water if there are no disposal wells nearby because the cost of trucking water to work sites can be very high. Researchers have already reduced the treatment costs with innovations, but it can still cost over $2 per barrel to clean the water for environmental discharge.

Some companies have begun to show an interest in reusing fracked water and the team is now working to set up a few pilot facilities to treat water at fracking sites. As the relationship with the oil and gas companies has grown, the researchers have been asked to attend industry forums and invited to meet fracking engineers. They have also presented their findings to companies, politicians and communities. The forums often get heated and Dr. Linden’s team has to walk a fine line between the needs of the industry and the real issues expressed by concerned citizens.

“Our goal is to let the science speak for itself,” said Dr. Linden. “Then people can decide what it means for them.” 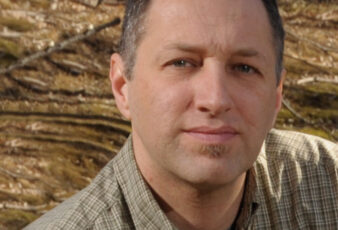