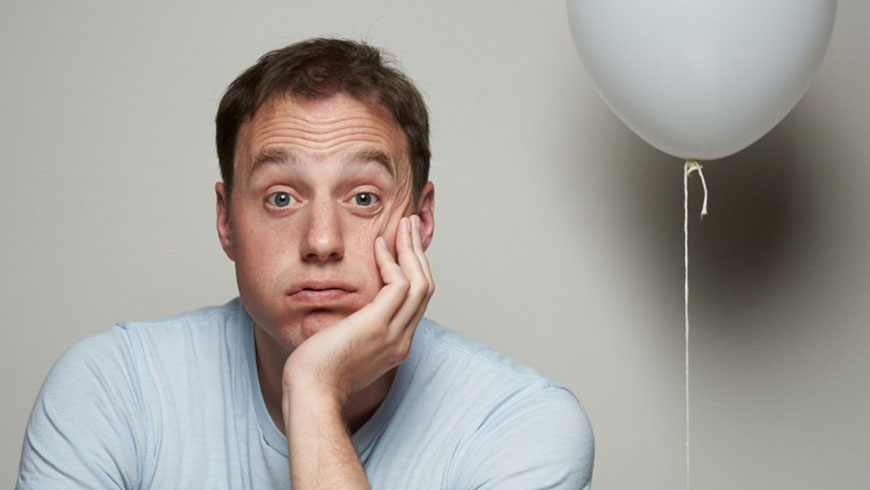 In recent years, an expanding national public conversation about mental illness has done much to de-stigmatize a health condition that impacts one in five Canadians each year. Even so, Toronto writer Brendan McLeod says there are widespread gaps in understanding the real impacts of mental health on individuals—and, importantly, the many forms it takes beyond pop psychology definitions.

In advance of his November 17 performance of Brain at the Chan Centre, McLeod will be part of a panel discussion hosted in collaboration with the Peter Wall Institute for Advanced Studies, the Chan Centre, and AnxietyBC on Wednesday, November 9 at 6:00 pm at the Creekside Community Centre (1 Athletes Way, Vancouver). The panel, titled “A Little OCD? Understanding Compulsions and Intrusive Thoughts” features McLeod; OCDbc co-founder Lynn Furlotte and her daughter Leah John; and Dr. Melisa Robichaud and Dr. Juliana Negreiros, two registered psychologists.

“I’m really looking forward to the discussion. It’s another chance for me to learn about other people and learn about myself,” McLeod says. To him, the panel will mark one more step forward in getting comfortable with talking about deeply personal experiences.

The work of painting a nuanced, unsparing portrait of mental health through an immersive exploration of personal experiences forms the heart of Brain, McLeod’s darkly funny one-man show that he wrote and is performing about his experiences with obsessive-compulsive disorder (OCD) and psychosis.

Despite—and because—of the darker aspects of his own life, McLeod remains an ardent enthusiast for the absurd. “The show, I should mention, is supposed to be funny,” he says dryly. “If you’re thinking about OCD in a more holistic way, it does lead you down some really weird, funny paths, so I also try to make room for the darkness by [making] jokes, and that kind of makes room for everyone to get into it as an audience. Humour’s very close to empathy. You start laughing, and this space opens up for you to hear the darkness.”

The show, which 37-year-old McLeod spent a year writing, tracks his life from age 12 to 30. “When you’re going through periods of change, mental health will rear its ugly head,” he says. “So I think adolescence is a big peak time for people. When they first move away from their family, that’s another big time. When they start getting a family of their own—having children and stuff— that’s another big time.”

His hope is to create an immersive, true-to-life portrayal of his experiences by shedding light on the uncomfortable realities of mental illness—realities that he feels are missing from a larger, sometimes problematically simplified public conversation about mental health.

“If we want to get real as a society in talking about mental health, we have to get comfortable talking about the very personal,” McLeod says. We must get more comfortable with deeply uncomfortable experiences, like the “complete panic and fear” that accompanied his experiences with obsessive thoughts. “Even after you realize what’s going on is OCD, it’s still so hard to get kind of a handle on,” he says. “Powerlessness is something that I try to talk about in Brain: what that powerlessness does to you as a human. In short, sometimes, in life, it will make you feel like you are unworthy of experiencing joy because you are so removed from yourself, that you don’t feel you’re worthy of being happy.”

The shame, the guilt, and the host of complicated emotions that accompany the powerlessness part of many mental health experiences is part of what McLeod hopes audiences will better understand after watching Brain. “We have to get comfortable with that, and we have to get used to separating that from the person,” he says. “That’s how you actually realize it is an illness and not some weird, deviant thing inside of people, which we still tend to think sometimes.”