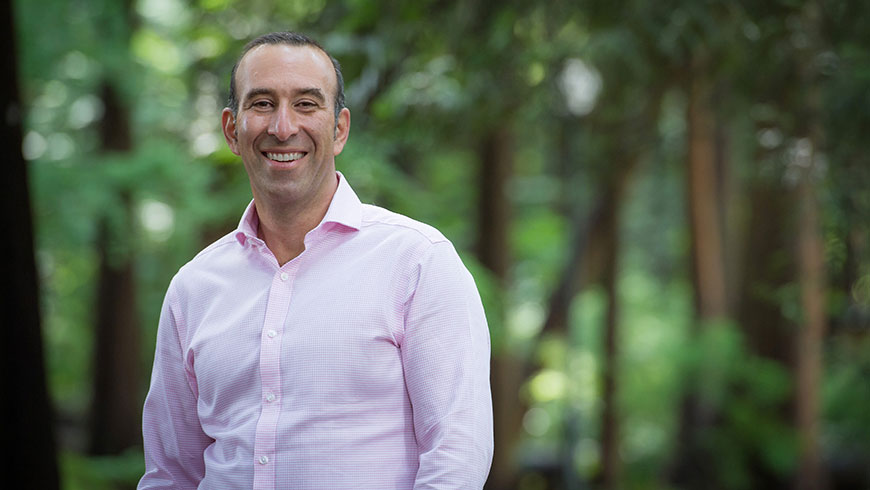 A classical Spanish guitar occupies a corner in Dr. Philippe Tortell’s office. It sits on a rack just below an image of a tall ship etched into a piece of driftwood. Music and nautical themes hold a central place for the oceanographer and new director of the Peter Wall Institute for Advanced Studies. Yet music looks poised to win the preferred niche. Philippe describes the driftwood piece as a “placeholder” for other art that soon will fill the office he has held since May 10. The guitar, received as a wedding present 15 years ago, promises to remain a more permanent fixture. It is one of four he owns; playing them is a persistent passion, as is improving his hand at the craft. The 44-year-old spent “a good chunk” of his 2011 sabbatical practising on another instrument—a Flamenco guitar—that cost him as much as six hours a day in learning the lessons taught by Flamenco masters in his wife, Maite’s, hometown of Granada in southern Spain.

Scholars relaxing with a musical instrument is perhaps not unusual, but the two pursuits are more often dissimilar rather than linked. Yet Philippe offers a parallel: “things need to develop on a long time horizon and you need a lot of patience. You need personal patience and you also need professional patience. So in my research, when I move into an area that’s new to me and uncomfortable, initially, I have come to accept that it’s a long trajectory. So if I play my guitar every night for an hour, maybe, maybe in 25 years, I might be proficient. And, in science, as in guitar, I’ve found that, in fact that if you stick with it, you do benefit from years of experience”.

Philippe’s work in ocean sciences has shifted from studying acidification in the planet’s waters to creating instruments for scientific voyages aimed at measuring concentrations of gasses. His work now focusses on the changing tints of oceans, looking at “the ways that water reflects and scatters light, and simply just the colour of the ocean. Sometimes its blue, sometimes its green, sometimes its brown, sometimes it’s milky. All that kind of stuff gives us a huge amount of information about what’s going on at the surface ocean biologically and chemically.”

The disparate nature of this body of work began with the association of two unlike phenomena: Jacques Cousteau and the rejection of a two-dimensional world. Many are familiar with the Jacques Cousteau TV specials from another generation. But Philippe’s motivation to become a seagoing oceanographer also lies in a desire to transcend the dimensional limitations that are the lot of landlubbers.

“I was fascinated by the ability to inhabit a three-dimensional world,” Philippe says. “When we’re not in the ocean, we’re on land—unless you’re a pilot—we sort of live in this two-dimensional world. The ocean has this third axis, this third dimension, which is depth.”

Despite years of studying the environmental health of the high seas, Philippe does not see his body of work as bearing on his position as Director of the Peter Wall Institute. “I think it’s irrelevant that I’m an oceanographer,” he says. Stripped of those professional bearings, he nevertheless aims at fostering an environment of academic excellence.

“The vision is to reposition the Institute so that it becomes essentially the crown jewel of the University of British Columbia” Philippe explains. “It’s almost like a Royal Society of scholarship at UBC. And I don’t mean to say that in an elitist way. The catch phrase I had was ‘elite without elitism.’” 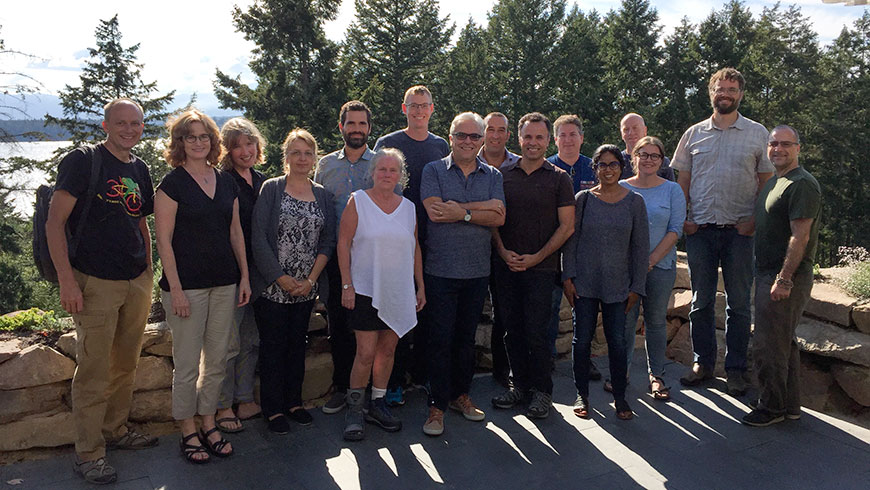 The Wall Scholars on retreat on Galiano Island, August 30, 2016.

To propel this venture, Philippe plans several events aimed at motivating the Wall Scholars to establish new professional relationships. An early example was the Wall Scholars’ retreat on Galiano Island at the end of August, where a dozen researchers formulated ideas on beauty and hope. Mingling such themes could become a series of research papers; the goal is to produce an annual book of them. Philippe says this idea might even result in targeting certain types of scholars.

“We’re exploring the idea of having themed-based cohorts,” he says. “So for example, rather than just having this open application process, you’d say in 2017-18 the Peter Wall Institute welcomes applications from scholars of all disciplines interested in exploring the theme of ‘X.’”

Despite long days of planning such potential changes, a certain element lingers: Philippe relaxing with a glass of wine and breaking out one of his guitars after his 11-year-old son Samuel has gone to bed. The symmetry between academics and music also persists: “the greatest Flamenco guitarist was a fellow named Paco de Lucia. He was great because he had technical brilliance. He hit notes at a speed and with a precision that I don’t think anyone else ever did. In the context of this research environment, and what we do at the Wall Institute, he was sort of a scholar that had very deep disciplinary excellence. But on the other hand, what was very special about Paco de Lucia was that he didn’t just play Flamenco guitar. He was all over the place—he played with everybody. He innovated in terms of new art forms, taking his own strength but then bringing that to the table in creating some pretty novel contributions. And so I think that’s not a bad analogy for the kinds of things that we do here.” 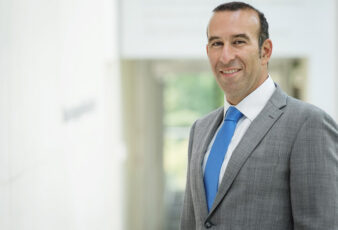