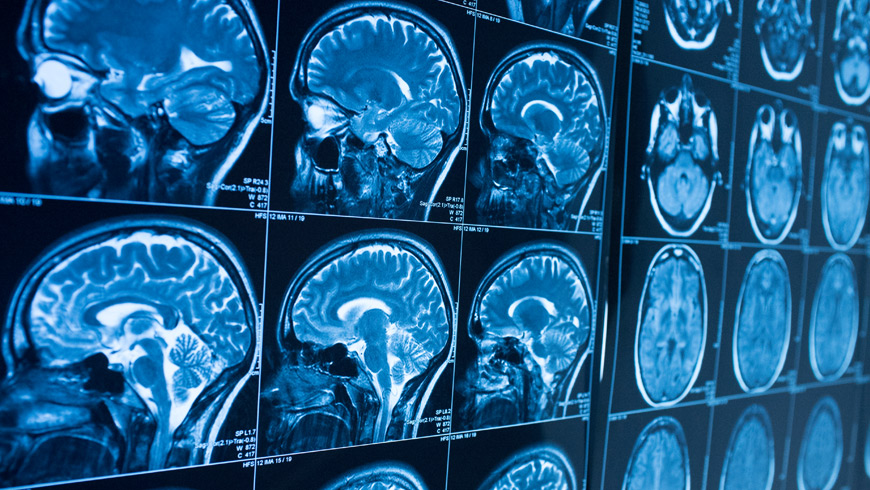 When a person suffers a stroke, he or she has approximately a three-hour window during which the affected parts of the brain are drawing on reserve oxygen and nutrients.

As those supplies run out, the cells start to die, causing the permanent brain damage associated with a stroke. The current therapy for mitigating the effects of an ongoing stroke, a naturally-occurring enzyme known as tPA or tissue plasminogen activator, acts on the clot itself to try to restore blood flow.

However, an emerging treatment is in development, based on a growing understanding of the role of intercellular connections in protecting the neurons themselves, which could potentially give doctors another tool for preserving brain function following a stroke.

Dr. Christian Naus, a 2013-2014 Distinguished Scholar in Residence at the Peter Wall Institute for Advanced Studies, is a leading researcher on gap junctions, the unique membrane channels that connect cells directly to one another.

In the brain, the neurons themselves are supported by the more abundant astrocytes, which are connected to each other by gap junction channels. These channels allow cells to directly share metabolites and signals.

“If you get rid of these channels in astrocytes, they’re less able to protect the neurons in a stroke scenario,” Dr. Naus explains, citing a mouse study in which his team did just that and found that the damage done during a stroke was much higher in mice that did not have these functional channels.

It follows, then, that perhaps by enhancing these gap junction channels, the protective abilities of the astrocytes could be enhanced as well.

Dr. Naus and his team are currently pursuing this approach, following other research that deals with the same membrane channels in other tissues. This is the basis of a collaboration currently ongoing with Zealand Pharma, a biotech company specialized in the field of peptide drug design and development.

“They have compounds that are specifically designed for enhancing these channels,” he says. “The concept is being investigated already in another disease indication, so they’re interested in evaluating its potential in stroke as well.”

Knowledge of gap junction channels can likely be applied beyond protecting neurons from damage. In fact, even the proteins that make up the channels are being found to play important roles in cell function and regulation apart from their channel activities.

“It’s becoming quite evident now that in addition to being involved in making membrane channels, there’s other parts of this protein that affect different processes within the cell. You can have a mutation of the protein that makes the channel nonfunctional… and you can still tease out certain effects of that protein that are channel-independent.”

“There are more than a dozen human diseases resulting from mutations in the genes responsible for the connexins [gap junction channel proteins],” says Dr. Naus, including genetic deafness, cataracts, skin diseases, demyelination in the nervous system. 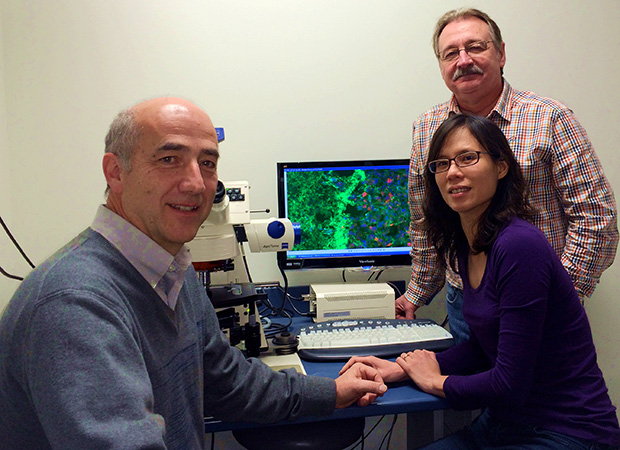 For the past several years Dr. Naus’s research has been part of the Canadian Stroke Network, a Centre for Excellence for which funding ends this year.

“There are many ideas and projects still in embryonic form,” Dr. Naus wrote in his proposal for a Peter Wall Knowledge Mobilization Workshop, “which would be left unborn without focused attention.”

Recognizing the importance of the collaborative nature of the Canadian Stroke Network, Dr. Naus organized a workshop: Emerging Concepts in Stroke and Neuroprotection held at the Peter Wall Institute. The Workshop brought together researchers, trainees and clinicians to discuss the current and future directions of stroke research and therapeutic practice.

“What we wanted to do is get an overview of where people have come in their various research programs– partly supported by the Canadian Stroke Network– and say, okay, what’s next? How can we mobilize this team to make a difference?”

The workshop also featured a public Café Scientifique event, held at the newly opened Djavad Mowafaghian Centre for Brain Health, which dealt with the therapeutic implications of cell membrane channels in stroke. 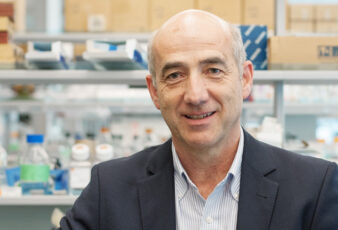