Pregnant women in the north to get prenatal info by text 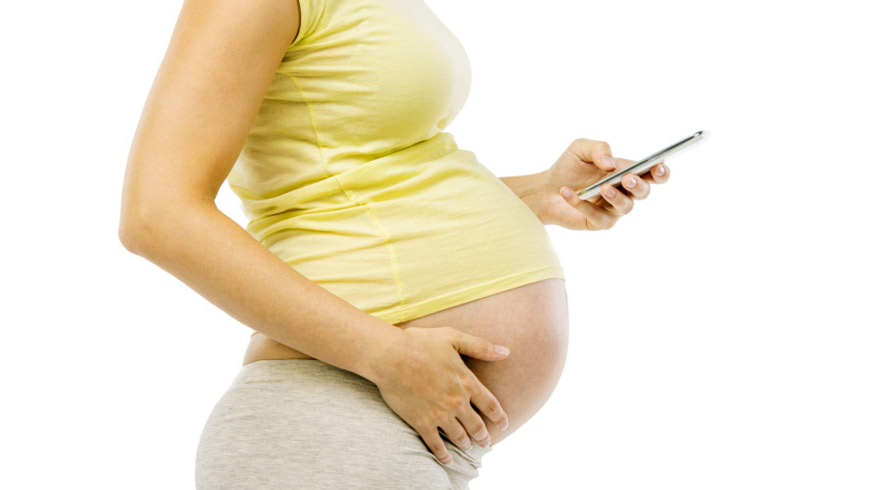 Becoming and being a mom can be challenging. Expecting a new baby can come with a lot of questions and decisions. For pregnant women living in remote places with limited access to resources, information and support can sometimes be hard to come by.

By communicating with women throughout their pregnancy via three text messages per week, the project hopes to provide relevant and timely information about how to have a healthy pregnancy, prepare them for birth, and direct them to local resources. 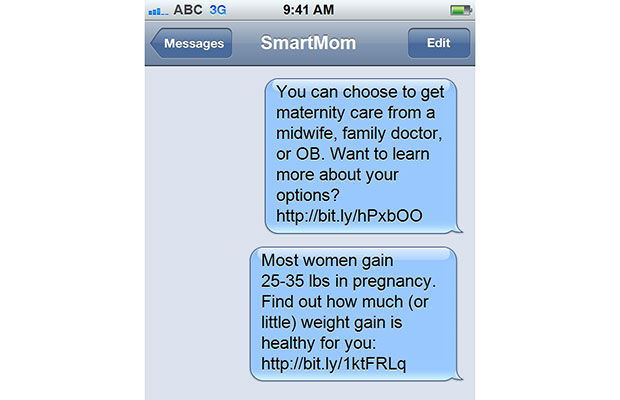 “In Canada less than 30 per cent of women attend prenatal classes. In the north that’s even lower. Often women in the north just can’t get to prenatal classes or there aren’t very many of them,” says Patricia Janssen, Principal Investigator of the project and professor at the UBC School of Population and Public Health.

SmartMom is the first prenatal education program delivered by text messaging in Canada. It is endorsed by maternity care providers, and once running, would be offered for free.

The Institute is helping to support SmartMom’s software development and linkage with telecommunications providers. Once completed, Janssen says she and her team hope to be running the first test of the program by spring 2015.

Through prior work, Janssen was aware of the gap in access to prenatal education throughout BC and especially in northern communities. Marrying her experience with the advances being made in remote medical care through technology offers some interesting and potentially revolutionary advancements.

Over 95 per cent of women have access to a cellphone; according to Northern Health Authority data (NHA). In the area under NHA jurisdiction, over 3500 births take place every year. The SmartMom text messages will be timed to the woman’s gestational age to make sure she receives relevant information at the appropriate stages of pregnancy.

While over 95 per cent of women in the north have access to a cell phone, less than 30 per cent will attend prenatal classes, says Principal Investigator and UBC professor, Patricia Janssen.

“We are bringing together existing technology with the needs of women in the north,” Janssen says.

As the women near the ends of their pregnancies, Janssen explains the vision for the program; they will be given the option to anonymously provide feedback about the usefulness of the program and give more information about their overall health. This will help determine if there is any difference in beliefs, behaviour change and health outcomes between women who participate in the program and those who don’t.

Focus groups and survey data will be analyzed to learn how SmartMom can be tailored to better suit the needs of expectant mothers in the north.

Unlike many websites supported by the private, for-profit sector, one of the top goals is providing a website with information that is evidence-based and compliant with Ministry of Health information.

SmartMom will incorporate a phone number that expectant mothers in the north can call if they have difficulty enrolling.  Future plans may include the opportunity to speak with a maternity healthcare professional if urgent information needs arise. This would be another layer of support in what is a decidedly unique program in British Columbia.

“We want to provide information to multiple sites,” Janssen says.

The text messages that precede the links are short and catchy (something like “‘eating for two’ means you need extra vitamins and minerals”), but rich in information and tackling all aspects of prenatal care from choosing a midwife, doctor or doula to miscarriages to explaining what the barrage of tests actually do for mother and baby. This simple method of communication packs a high-powered dose of information without being overwhelming.

SmartMom has also managed to get the major cellular carriers on board with the program.

“We do have the permission of the wireless carriers to deliver these messages for free and that’s a major achievement. They’ve never done this before,” Janssen says. “We are really excited about it because it means this will be a free service for women.”

The project has been funded by The Child and Family Research Institute and it has been endorsed by The Society of Obstetricians and Gynaecologists of Canada and the BC Ministry of Health. SmartMom applied for several research grants and started a crowd funding campaign in April, 2014, but were unsuccessful in their bid to get the money needed to cover their tech costs.

Smart Mom launched this video as part of their Indiegogo crowd-funding campaign.

It is in this area – marrying existing technology with prenatal care – that the Peter Wall Institute’s Wall Solutions Initiative has been involved in supporting the program. Though text messaging has existed for quite some time, SmartMom relies on texts being sent out at times linked to the gestational age of each participant, which means that proprietary software needs to be developed by an industry partner; in this case by MEMOTEXT, a Canadian company specializing in mobile health.

“I’m very grateful to the Peter Wall Institute,” Janssen says. “I know their mandate is to fund things that other agencies don’t necessarily want to fund and also to fund projects that really bring together a lot of different disciplines and partners– like ours. Ours is about rural and remote health, it’s about pregnancy, it’s about mobile health, it’s about technology and often, when you do a project like that, it doesn’t fit into anyone’s niche.”