Promoting school-based physical activity one HIIT at a time 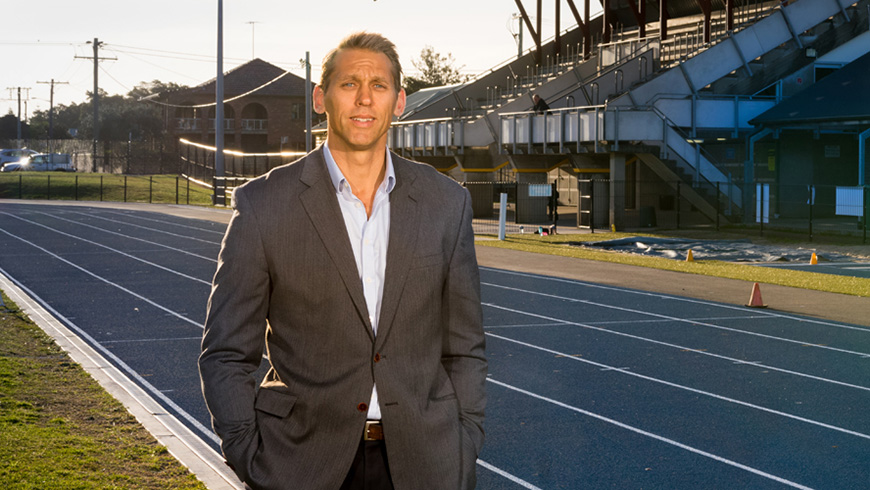 David Lubans is an International Visiting Research Scholar at the Peter Wall Institute.

David Lubans is passionate about fitness, as you might expect from a former physical education teacher who played rugby for Oxford University. Now an assistant professor at the University of Newcastle in Australia, David’s research focuses on the effects of physical activity and fitness on the cognitive and mental health of young people.

Children today are 20 percent less fit than their parents were at the same age. In a world where the pandemic of physical inactivity has become the fourth leading cause of death, getting children to embrace active lifestyles is a key to avoiding not only costly health problems later in life, but also anxiety and depression during their youth.

“I’m quite convinced, and the data will support this, that there’s a really good relationship between fitness and mental health,” David says. “If kids are doing activity of sufficient volume and intensity that’s going to improve their fitness, it seems to have this protective effect on mental health.”

As well as studying the positive effects of physical activity, David takes his research the next logical step by promoting fitness programs in schools and communities in New South Wales. As the theme leader for school-based research at the University of Newcastle’s Priority Research Centre for Physical Activity and Nutrition, he endorses high-intensity interval training (HIIT) as the best method to improve physical and mental health. 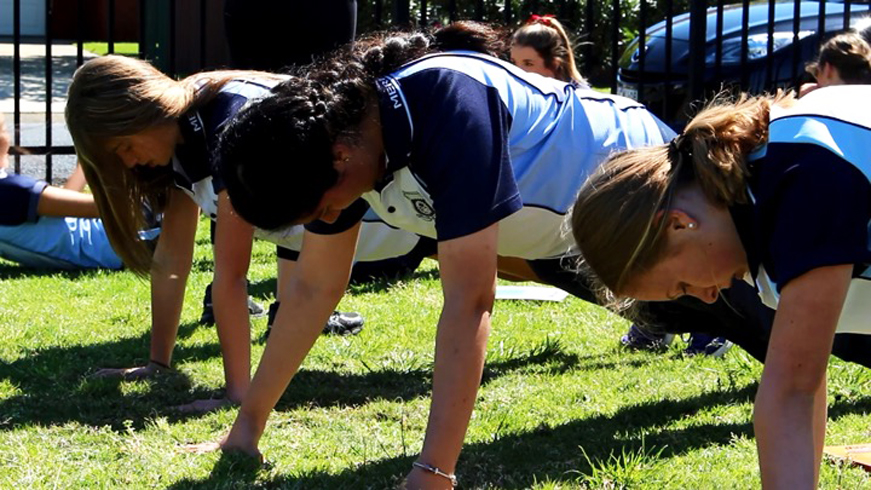 In high-intensity interval training (HIIT), a short burst of high-intensity exercise is followed by a brief low-intensity activity, repeatedly, until exhaustion sets in.

“HIIT is a necessary evil for a society that’s changed due to an excess of screen time,” David says. “We know that if students do two or three 10 minute blocks of HIIT sessions per week they’ll experience great improvements in their physical and mental health—and now we’re interested in working out what effect it will have on their cognitive function and academic performance.”

“We try to deliver our interventions in settings like schools because if you make the program part of the school day it takes away the need for students to have their own autonomous motivation,” David says. “They turn up to class and everyone’s doing these sessions, that works as opposed to, hey, we’ve got a session at lunchtime, we’d like you to come. As soon as it’s up to them or the session is after school, well maybe they’ve got other things to do. When you’ve got them there and the sessions are embedded within the day, that’s when we have the best effect.”

Over the past 10 years, David has been a chief investigator on over 20 school-based interventions that have involved more than 8,000 children and teens. In a recent pilot study at two schools over 14 weeks, kids got fitter and there was a reduction in their indicators of depression and anxiety.

“That’s a really good sales pitch,” David says. “Not only are kids going to have better mental health, it’s fair to say that’s also going to translate into better academic performance because they’re less stressed and better prepared to face the challenges of life. What school wouldn’t want to do that?”

A lot of the work that David does is geared towards closing the gap and providing fitness opportunities for everyone. Socio-economic factors influence fitness in industrialized Western cultures. The lowest socio-economic decile almost always experience the worst health and fitness. Fitness is very strongly related to obesity and various other lifestyle diseases. One of the great attractions of HIIT is that there are no expensive equipment or facilities involved.

At home in Australia, David works with local councils to build outdoor gyms where the right sort of equipment is installed. He studies what gets used, how it’s used, and uses smart phone technology to promote usage and give people guidance and support. His research team also works with different social groups to get people using the outdoor equipment.

“That is one of the most egalitarian approaches to health promotion because once that’s in a neighbourhood, anyone can use it at absolutely no cost,” says David.

Another of David’s innovative community projects involved getting dads and their daughters to exercise together. Research shows that more than 80 percent of girls fail to meet physical activity recommendations and fewer than 10 per cent can adequately perform fundamental movement skills such as kicking and throwing—results that are significantly worse than for boys of the same age. By harnessing the unique relationship between fathers and daughters, the world-first DADEE (Dads And Daughters Exercising and Empowered) program improved girls’ self-esteem, resilience, sport skills and physical activity levels.

“You can see the benefits of having a father who’s really engaged in his daughter’s life,” David says. “What dad doesn’t want the best for his daughter? But often it’s a case of, what is best? What do I need to do to support her to be the best and happiest she can be? DADEE gave the girls skills and dads the knowledge and understanding of how to support their daughters to not only be more active, but also to view society through critical lenses that help to remove the pressure of looking great, and that a girl is more than just the way she looks. She’s a talented individual who can be valued on all her achievements and not just aesthetics. That was a key message of the program.” 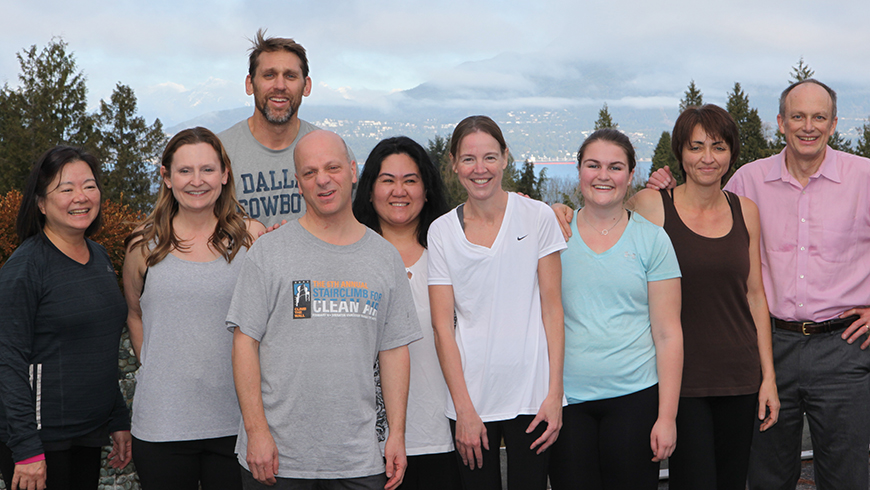 David Lubans with Wall Institute scholars and staff cooling down after a lunchtime HIIT workout.

Although part of David’s time visiting the University of British Columbia included a November with 27 days of rain, he reports that, due to the lifestyle, Vancouver is one of the few cities he’s visited that he would like to live in.

“Vancouverites seem to have a good work/life balance,” he says. “UBC has been great and I feel blessed to have been a Peter Wall Visiting Scholar. I’d recommend it to anyone if the opportunity came up.” David was hosted at UBC by Wall Scholar Heather McKay, a professor at the faculty of medicine, and by Assistant Professor Mark Beauchamp of the School of Kinesiology.

The Peter Wall Institute partners with UBC faculties, departments and research centres to attract outstanding scholars like David to the university. International Visiting Research Scholars receive awards of $15,000 to come to UBC where they are hosted by faculty. Applications for the program are accepted until March 1, 2018.