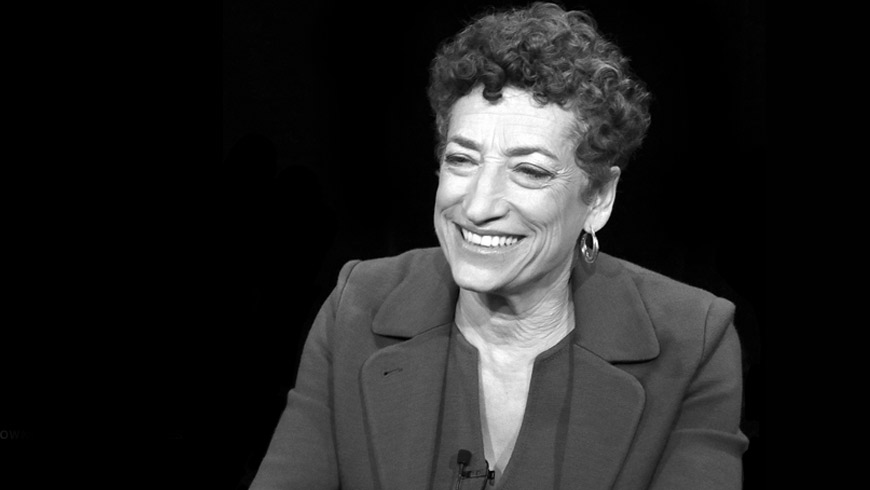 On April 5th, Dr. Naomi Oreskes delivered the Spring 2016 Wall Exchange lecture to a sold out crowd at the Vogue Theatre in Vancouver. Earlier that day, The Wall Papers sat down with Oreskes to discuss her best selling book Merchants of Doubt, co-authored with Erik Conway, about how her research has influenced government crackdown on corporate climate-related fraud in the US and why scientists may not be the ideal messengers on the dangers of climate change.

Naomi Oreskes is professor of the history of science and affiliated professor of Earth and planetary sciences at Harvard University.

Q: What inspired you and Erik Conway to write Merchants of Doubt?

A: We sort of discovered this story. I had published my 2004 paper The Scientific Consensus on Climate Change and soon after started to receive hate mail. Then, at a rather obscure academic conference, I was speaking about my research on a scientist named Gordon MacDonald who in the 1960s predicted that there would be manmade climate change. In the Q&A, it came up that I had been attacked, and I mentioned the name of one particular person who was attacking me and after the talk, Erik came up to me and said, the person who is attacking you is the same person who attacked Sherry Rowland over the scientific evidence of the ozone hole.

Erik was writing a book about atmospheric science and he came across all this material about the denial of the ozone hole, but he hadn’t done anything with it because the book he was writing was a NASA history. When I read the material it was like the game Mad Libs. You could take out the word ‘ozone’ and replace it with ‘global warming’ and it was exactly the same: Oh, the science is unsettled, there’s no consensus on the ozone hole, if we fix the ozone hole it will destroy the economy.

I started doing some research to find out more about these climate change deniers. They were distinguished physicists Fred Singer, Fred Seitz, Bill Nierenberg, and Bob Jastrow, the four people who became the central characters in Merchants of Doubt.

With help from my colleague, Robert Proctor, I learnt about Fred Seitz’ connection with R.J. Reynolds Tobacco. And there was the mad lib again: there’s no consensus on the science of tobacco, the science isn’t settled, if we stop tobacco sales we’ll destroy the American economy. So I called Erik back and said, “how’d you like to write a book with me?” I knew there was an important story there.

Q: Have the number of attacks on you increased since the book came out?

A: No, they’ve gone way down. My theory is, people realize that I can’t be intimidated. If people attack me it emboldens me. My family used to say, if someone tries to shut you up it means you have something to say.

Q: Do you think that your research has played a part in prompting the US Department of Justice to take action against the Koch brothers and Exxon Mobil for conspiring to manufacture doubt in the climate change debate?

A: Yes. I do feel proud of that. The New York Attorney General’s office reached out to me when they were first doing a Martin Act investigation. I’m not a lawyer or a judge, but there are some obvious parallels between what Exxon Mobil and the Global Climate Coalition did, and what the tobacco industry and the Tobacco Institute did. Since we know that some of what the tobacco industry did was illegal, it raises the question of whether or not some of what the fossil fuel industry did was illegal as well. And we do know that our book has played a role in the thinking of some of those people [in the New York Attorney General’s office] so we feel hugely gratified because, as an academic, you do a lot of work that you hope will influence some peoples’ thinking. But you have to be realistic and know that most of the time, that’s not the case.

Q: George Marshall, in his book Don’t Even Think About It – Why Our Brains Are Wired To Ignore Climate Change, argues that scientists have not done a good job of communicating why we must take action to reduce our carbon footprint.

A: I think Marshall is right. Most scientists are horrible communicators. Some of my scientific colleagues get upset when I say that and they’ll point to some individual like Carl Sagan or Gavin Schmidt, but that’s a silly argument. They are exceptions that prove the rule. Most scientists are bad communicators and there are a few different reasons for that. One of them is the culture of science, which is a careful culture.

Scientists think to be rational is to be dispassionate and unemotional. When you put on your white coat you leave your personality and emotion behind. A lot of scientists really believe that and I was trained to think that that was true. That really gets in the way of communication, because to communicate you have to make a connection with people.

I think communication is like anything else—riding a bike, playing the piano—you have to practice. Most scientists don’t spend any time on communication; have never taken a course on it, probably never read a book on it, never practiced, never did anything to hone those skills.

I don’t want to be too negative about the scientific community though. The last ten years have seen really big changes. A lot of scientific organizations have recognized this problem and have developed programs to train scientists to reach out and communicate. I think that’s great. People respond to authenticity and most scientists are very passionate about their science. If they allow that passion to come through I think that can be really effective.