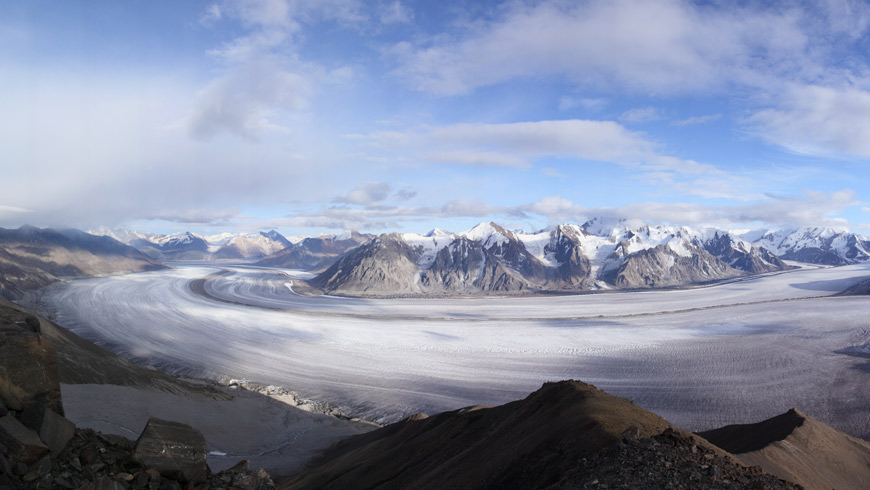 There are just four weeks a year when conditions permit productive work by Dr. Schoof and his team when visiting this “natural laboratory” nestled in the Saint Elias Mountains, which span the border between Alaska and the Yukon. The sensors will be left for an entire season, in an effort to collect data that will give insight into the process of water flow along the base of glacial ice.

Dr. Schoof– Canada Research Chair in Global Process Modeling and an Associate Professor within the University of British Columbia’s Department of Earth, Ocean and Atmospheric Sciences– works at the margin of mathematics, physics and glaciology, researching models that can analyze and predict changes in complex ice sheet and glacial behaviours.

“I’m mostly interested in what happens after the ice forms,” says Dr. Schoof, explaining that his research centres around ice behavior post-formation.

“It’s that process that I’m interested in. The ice flows– it’s a solid, but it actually flows– much like a sticky liquid would.”

Dr. Schoof studies ice sheets, which are very large ice masses covering a continent-sized landmass or island, with specific interests in locations in west Antarctica and Greenland. He also studies smaller ice masses, such as glaciers found in high mountains where more snow accumulates in the winter than can melt in the summer, leading to ice build-up.

“A glacier is typically much steeper than an ice sheet. It’s shallower,” says Dr. Schoof of some of the differences between the ice bodies he studies.

Understanding the science of fluid flow, also known as fluid dynamics, helps decode how flow processes help keep large ice sheets, such as those found in west Antarctica and Greenland, in balance between snow accumulation and ice melt.

“If you imagine a drop of liquid on a flat surface, it spreads in all directions,” says Dr. Schoof. “This is what an ice sheet does– snow falls on top of the ice and then the ice flows sideways towards the edges of that ice mass.”

It’s the ice sheet margins where the majority of melt happens, so it’s crucial to understand how fluid dynamics affects this process.

Ultimately, the research outlines risk of change to these flow processes under different environmental conditions, and how this could potentially lead to a devastating collapse of an entire ice mass. 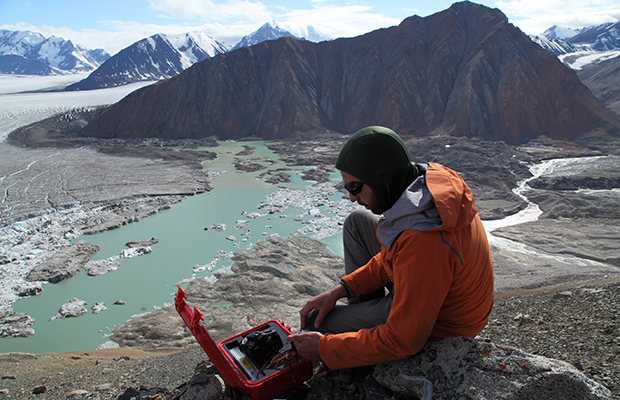 “Eventually you get to a point where the whole ice sheet is no longer sustainable,” Dr. Schoof explains, adding that this is because warming raises the minimum elevation above which snow can accumulate, thereby reducing the amount of snowfall for ice sheets below this elevation. He notes that ice sheet and glacial melt are normal processes, but which seem to be exacerbated by ongoing climate change.

“The ice sheet becomes doomed to disappear entirely… to re-grow, the ice sheet would actually require significant cooling so you can grow ice mass at a lower elevation again.”

In addition to work on mathematical models from Antarctica and Greenland large ice sheet data, Dr. Schoof’s recent fieldwork in the Yukon’s Kluane National Park has added to a large body of work noting significant ice mass loss within the last several decades, which appears on target to continue into the future. 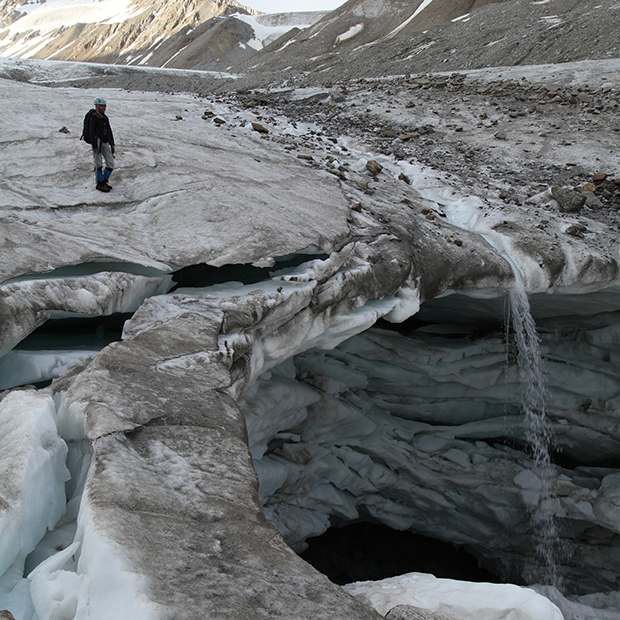 “There is an overall long-term trend of glacier shrinkages, it’s certainly not unique to the Yukon, and that is true of essentially all mountain ranges world-wide”, says Dr. Schoof.

“That is maybe the most convincing indication that there is a global climate signal.”

Climatologists have referred to a global “signal” of overall warming amid fluctuating temperatures in research surrounding climate change. According to Dr. Schoof, glaciers reveal these signals because they do not respond to year-to-year temperature changes, instead integrating fluctuations into an overall ice loss or gain.

Dr. Schoof elaborates on the differences between the terms “climate” and “weather”:

Climate is not weather, it is the mean state of the atmosphere, oceans and land surface – temperature, precipitation, moisture content – taken as an average over longer time periods, as well as the statistics of how much these quantities fluctuate by. In other words, “climate” is not whether it’s hot today or cold tomorrow; climate is about mean temperature.

“Glaciers have to melt, because otherwise they would just grow, and grow and grow,” he adds.

“It’s the question of are they melting more than what it requires to be in balance?” 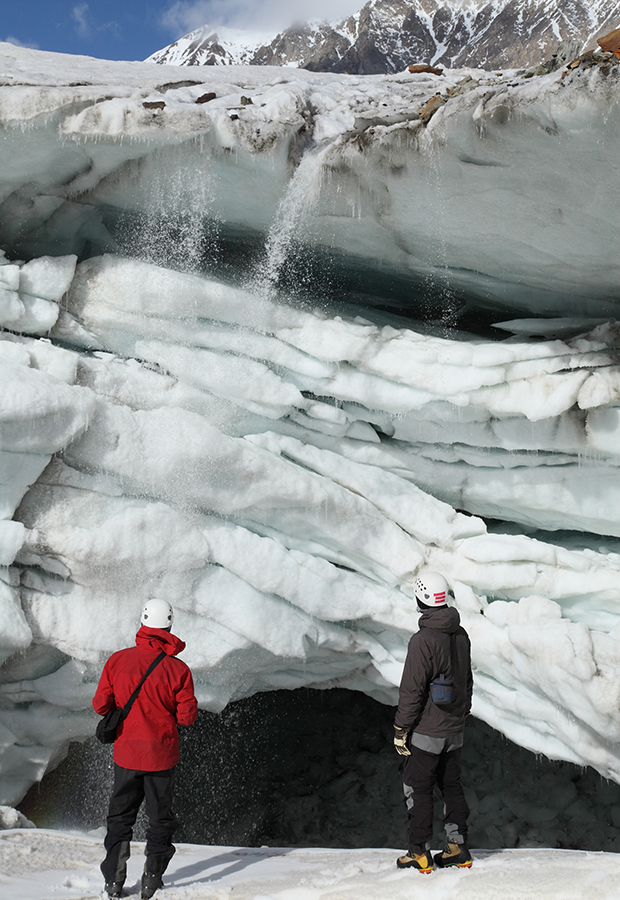 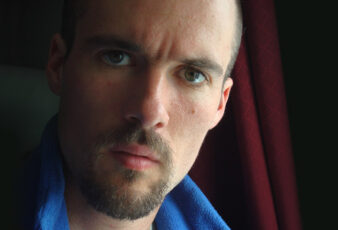