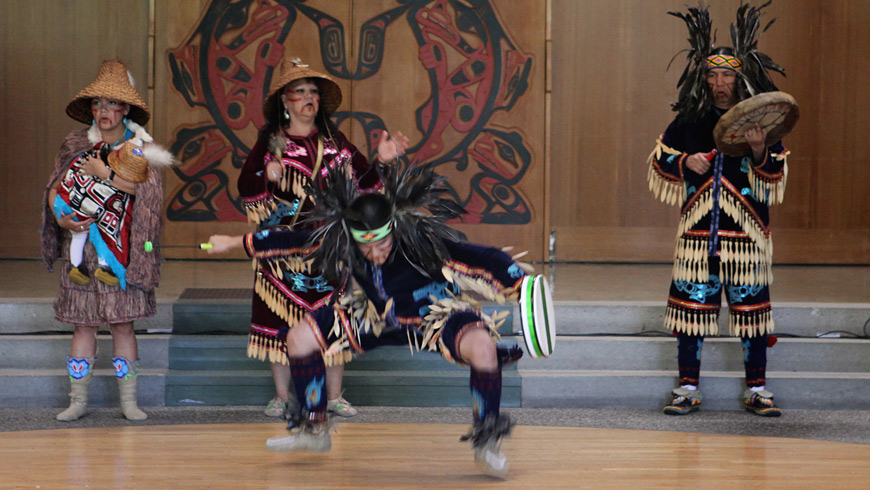 For the Musqueam people, who have called Greater Vancouver and its Pacific shores home for thousands of years, canoe-building has long-held immense cultural and societal importance.

Yet with a population decimated after European contact more than 200 years ago, one UBC scholar says keeping that traditional knowledge alive has been a significant challenge.

“They’re a sea-going people, and because of colonization, it’s our collective responsibility to provide resources to assist Musqueam to continue that [history], to teach those traditions to their children and their families,” says Dr. Shelly Mukwa Musayett Johnson, an Assistant Professor with UBC’s School of Social Work and 2013-2014 Early Career Scholar with the university’s Peter Wall Institute for Advanced Studies.

So when Dr. Johnson, herself of Saulteaux (Keeseekoose First Nation-Treaty 4) and Norwegian descent, began the process of writing a culture and language revitalization proposal with the Musqueam community– now located on a small portion of their traditional territory, known as the Musqueam Indian Reserve, close to UBC near the mouth of the Fraser River– she was adamant that community members take the lead in its development, structure and process.

The result was a $500,000 Social Sciences and Humanities Research Council (SSHRC) Insight Grant to support the strengthening of Musqueam culture and language through the revitalization of canoe-building tradition.

It’s a reflection of Dr. Johnson’s commitment to community engagement as one way to strengthen ties between Indigenous people and international academy.

Last fall, Dr. Johnson gave a talk at the UBC-hosted University-Based Institutes of Advanced Study Conference (UBIAS) titled Embedding Indigenous Learning in Scientific and Academic Knowledge. She expressed concern that in Canada, First Nations people still make up a disproportionately small number of students, academics and staff at institutions of higher education. She believes that institutions that benefit from their location on unceded First Nations lands have a responsibility to do more to address the gap. 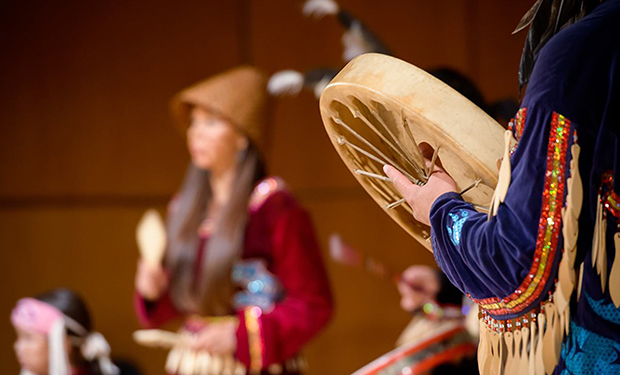 Indigenous dancers take part in Performance on Water, part of the 2013 UBIAS conference.

It’s not just institutions of academy in Canada that face these challenges.

According to Dr. Margaret Mutu, Head and Professor of the Department of Māori Studies at the University of Auckland, Indigenous Māori student enrolments are only half what they should be, Māori staff numbers are a third and Māori student course and degree completion rates are far less than those of non-Māori.

In May 2013 Dr. Mutu travelled to UBC to provide an overview of the current situation at the University of Auckland and discussed what an indigenized university might look like there. Her talk was part of a ground-breaking Peter Wall Institute International Roundtable, organized by Dr. Johnson, that included participants representing approximately 52 different First Nations or Indigenous groups from Canada, the USA, Australia and New Zealand, all focusing on how to strengthen Indigenous inclusion and participation in the international academy. 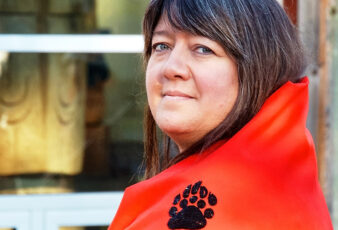