This project was supported by a COVID-19 Wall Solutions award in 2020-2021. Dr. Peter Tilley and researchers from UBC Pathology and Laboratory Medicine, BC Children’s Hospital (BCCH), and the BC Centre for Disease Control (BCCDC) Public Health Laboratory set out to develop accurate and efficient detection methods for the SARS-CoV-2 virus. The following report describes how they addressed challenges around reagent supply chains and testing methods in the laboratory.

Our project was conceived in the early days of the COVID-19 pandemic. It was quickly apparent that all of our labs needed to be able to provide testing for the SARS-CoV-2 virus accurately and very quickly, to diagnose patients and care providers in the hospital, and people in the community. Unfortunately, there were many problems with the testing methods and supply chains. Reagents and kits were slow to come on stream, and often back-ordered. Also, our equipment was unable to handle the large sample volumes required. Due to the massive surge in SARS-CoV-2 testing reagents used across North America, some critical reagents were contaminated from the manufacturers when received. Contaminated reagents produced false positive results, a completely unacceptable situation for a clinical diagnostic laboratory. Rigorous quality control (QC) methods were put in place. To address supply chain bottlenecks and inefficiencies, we decided to build a local version of the testing procedure to avoid having to rely on problem reagents, and to design a simpler faster workflow.

One step common to all DNA and RNA tests at the time was the extraction step. This step purifies the virus RNA from the patient sample so that it can be detected in the following RNA amplification step. However, extraction steps are slow, require complex equipment, need reagent kits that were back-ordered, take extra technologist time to perform, and cost an extra $5-10 per sample. Two things occurred that suggested we might be able to get rid of this rate-limiting step. One is that new atypical amplification enzymes were becoming available that were tougher and less likely to be inhibited by the impurities in the patients’ samples. Also, our colleagues Dave Goldfarb and Linda Hoang had developed a saline-gargle sample collection method that was much preferred by patients and parents. From a lab point of view, the benefit of this method was it gave us a sample in saline (salt water), which was quite compatible with RNA tests, compared to the liquid in the nasal swab samples.

Initially, we developed new PCR (polymerase chain reaction) tests that detected two genes from the purified SARS-CoV-2 virus, namely – Spike & ORF8. By choosing a very conserved part of the Spike gene, we did not encounter any issues with the variants being reported for this virus. We also designed a test against the ORF-8 gene. This is seldom used by others, but performed very well. We investigated newer enzyme reagents, and found the Luna™ Mix, which was not only robust enough to detect the virus in saline, but could be frozen in a ready-to-use format, so that we had large batches in our freezer for rapid deployment by our technologists. One surprising finding was that after the test was built using purified viral RNA, it had to be completely reconfigured to work well under the conditions of the direct test in saline. Once re-developed for that sample type, we had a good test.

During this time, we were introduced to the biomedical engineers at the BC Genome Sciences Centre. They were able to set up our test on a Hamilton Starlet pipetting robot, kindly loaned to us by the BC Children’s Hospital Biobank. The pipetting robot took the original barcoded sample and the new reagents, set up the test, and loaded the patient data into our computer, saving a large amount of manual work for our techs. By this time the third (Delta) wave was upon us, and we were able to QC the test, and use it on patient samples during that busy time. With the explosion in testing for the Omicron variant, this method has been extremely helpful. The use of the Hamilton pipetting robot significantly reduced the hands-on time for setting up serial batches of tests, reducing fatigue and improving staff morale. We summarized our development data, and have submitted a paper for publication. We have also created the testing instructions (standard operating procedure, SOP) for posting on the www.protocols.io site. Our procedure and data has been shared with BCCDC for laboratories in BC or Canada interested in the method.

We would like to thank the Peter Wall Institute for Advanced Studies for supporting us during this difficult time and giving us the chance to explore a new way of doing this testing. We are now able to handle much larger numbers of saline gargle samples. It is also possible that this type of testing approach can be used on samples for other viruses in the future. 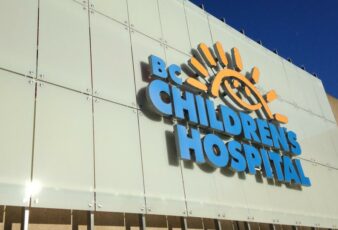