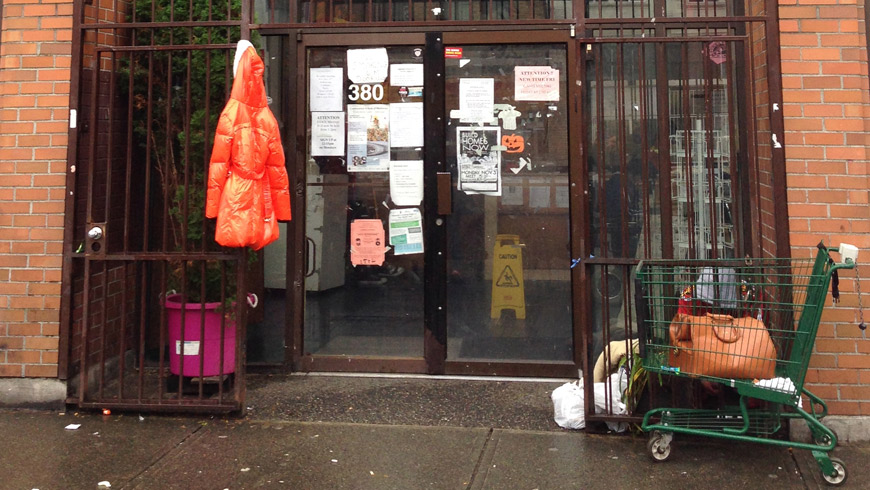 A peer-led community-based research project in Vancouver’s Downtown Eastside, supported by the Wall Solutions Initiative, is working to address the health needs of Aboriginal people who use illicit alcohol and drugs.

A 2013 report by the British Columbia Ministry of Health indicates that Aboriginal people, who represent three per cent of the overall Canadian population, are far overrepresented in the number of people living with HIV/AIDS, making up almost eight per cent. This disparity has been attributed to a multitude of factors including the impacts of colonialism, poverty, lack of education and access to adequate healthcare and housing. However, traditional researchers have struggled to identify effective solutions that can help address this disparity.

“We’ve been researched to death here on the Downtown Eastside,” says Tracey Morrison, President of the Western Aboriginal Harm Reduction Society (WAHRS). WAHRS is an organization of Aboriginal users of illicit alcohol and/or drugs that has led the community-based research. “Researchers come in and ask us who we are and about the ‘informal consent’ about HIV [tests] and about all sorts of things– smoking crack, injections. We get researched so much by people coming in that we just tell them what they want to hear.”

Despite the fact that the Downtown Eastside is a hub for social outreach and health research, the data brought in by studies over the years wasn’t always matching up to what was actually happening in the community.

“There was something about the way we were administering research in the traditional ways, like surveys, that wasn’t really getting to the heart of the problem. In some ways the information we were getting from Aboriginal people almost didn’t make sense,” explains Dr. Thomas Kerr, Associate Professor in UBC’s Department of Medicine and Co-Director of the Urban Health Research Initiative at the BC Centre for Excellence in HIV/AIDS.

“Our lab tests would show they were at higher risk for HIV infection, but they would report low rates of risk behaviour. So it became apparent to us that there is probably a better way to do this.”

That “better way” resulted in talking circles, led by WAHRS Board members, which shed light on Aboriginal illicit alcohol and/or drug users’ experiences with HIV.

The research was unique: WAHRS members used Indigenous methods to gather data about their peers’ experiences with HIV. The circles involved individuals who are and are not HIV-positive. WAHRS became the researchers, working alongside staff from the BC Centre for Excellence to analyze themes and identify recommendations for meaningful change in the community. “It’s working from the inside out, rather than the outside in,” Morrison explains.

The talking circle findings were surprising: among other results, they showed that misconceptions about HIV/AIDS and its transmission were common, despite extensive community outreach about HIV/AIDS in the Downtown Eastside. The research points to the on-going need for culturally-sensitive, peer-led education on topic.

In addition to gathering useful information, the talking circles had unintended benefits.

“Culturally as an Aboriginal, Talking Circles are very sacred,” Morrison says. “When you talk into a Talking Circle it stays there. It’s a time to heal.”

Talking circles are led by other Aboriginal people who use illicit alcohol and/or drugs so the research sessions have been cathartic for participants. “All of the sudden people are pouring out their hearts and having a healing experience in our research,” Morrison adds.

The project is now focused on sharing the research findings and recommendations with healthcare providers, community organizations and policy-makers. This process, called “knowledge translation,” is being supported by the Wall Solutions Initiative.

“I think that’s a real strength of the knowledge translation program; these are community driven solutions, not expert-identified ones, and so their potential for impact is much greater,” Kerr explains.

In terms of education around HIV/AIDS, Morrison explains that jargon and stigma in typical explanations of HIV/AIDS and how it is transmitted meant that the Aboriginal community was not getting the information and care it needed.

“A lot of people were not concrete on even the basics of how you get HIV – the nitty-gritty,” she says. “They don’t have the education, and the education they do have is from way back. Then when you finally get a clear head and realize ‘oh, crap, something’s wrong with me’ [the disease is] usually at the late stages.”

By that time, the window of opportunity to seek medical attention and psychological support is rapidly shrinking; and the learning curve to understand what HIV is, how to treat it and maintain a healthy and long life, is steep. Information is primarily dispensed in doctor’s offices and hospitals, but the talking circles and knowledge translation by WAHRS and the research partners offers more accessible information, delivered with the utmost respect for individuals and the community.

“Members of our Talking Circle have spoken at length about how they feel they are treated poorly as a result of being Aboriginal, and often many assumptions are made about them,” Kerr emphasizes. “They feel, in general, many health services are not culturally safe for them.”

WAHRS Board of Directors members, Rob Morgan and Shelda Kastor, speaking to nurses at the Canadian Association of Nurses in AIDS Care (CANAC) HIV Resource Fair. According to WAHRS, it is important that health care providers understand that treatment and cultural practices go together.

The next phase of the project involves sharing the findings and recommendations gathered from the talking circles with the people who can make a difference– people like healthcare providers, other researchers, and Aboriginal communities and activism groups. This is where support from the Solutions Initiative comes in. Morrison and Kerr hope the information will be shared across Canada.

“One of our goals is to go out and spread what we’ve done and show that it works,” Morrison affirms. “It’s really sad to see that the families back home don’t want [family members who have contracted HIV]. They just throw them away. And here on the Downtown Eastside, we embrace them.”

The stigma surrounding drug use and HIV/AIDS can be crippling. Couple that with the stigmatization of being people of Aboriginal descent and it can be very challenging for individuals to access the information and care they need.

“The Downtown Eastside is a really good community despite the fact that we are the poorest postal code and we are drug addicts and alcoholics and, you know, riffraff and we do all bad things, but we’re not like that,” Morrison says. “Our addictions sometimes take hold, but we’re people first and that’s where WAHRS is going – to heal their broken spirits so they can fight against that stigmatization.” 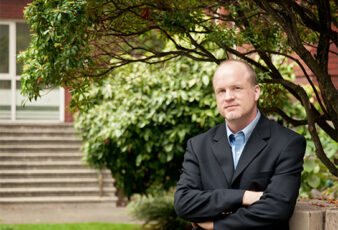