The Legacy of Racism and Sexism in Science

This excerpt from Chromatic: Ten Meditations on Crisis in Art and Letters is written by 2020 Wall Scholar, Sheila Teves, Assistant Professor in the Department of Biochemistry and Molecular Biology at UBC. Illustrations are by Andrea Alcaraz.  Order your copy today!

As a student, I learned about the key scientific discoveries throughout history. The theory of relativity (Albert Einstein). The composition of the atom (Niels Bohr). The structure of DNA (James Watson and Francis Crick). Nothing sums up these discoveries more completely than the Nobel Prizes. I was awed by the brilliance and genius of these scientific giants. But, looking through the prize winners, a glaring pattern emerges: they are overwhelmingly white and male. As a Filipina woman in science, I couldn’t help but wonder why.

I am a scientist. I love what I do. The pursuit of knowledge. The insight to ask what is unknown. The logic of reasoning. The thrill of new discoveries. It’s all so beautiful to me. But, ultimately, science is a human endeavour and hence is subject to the best and worst of human qualities. The best includes perseverance and inspiration. The worst is racism and sexism that has pervaded the scientific community for centuries.

In the 1700s, as scientists were classifying organisms into a hierarchy, they applied the same system to classify the human race. Carl Linnaeus, the father of modern taxonomy, classified white Europeans as the superior race, followed by Asians, Native Americans and, at the bottom, Africans. And thus race science was born and used to justify racism for centuries, despite no scientific basis. We now know that there is no genetic component that encodes for race. Humans are more genetically similar to each other than chimpanzees are to other chimpanzees.

Science was also used to classify women as intrinsically inferior to men. One of the oldest scientific societies, the Royal Society of London, was founded in 1660. The first female scientist to be elected to this society was in 1945. The discovery of the DNA double helix structure for which Watson and Crick are celebrated? The data was collected by Rosalind Franklin and taken by Watson and Crick without her knowledge. The rampant sexual harassment and abuse in the science community is just now gaining public attention.

Throughout history, these biases have led to the exclusion of women and people of colour in the sciences. For centuries, science was done by, and for the benefit of, only white men. How many scientists have been missed? How many communities have suffered from being excluded from science?

The Need For An Equal and Opposing Reaction

People are becoming increasingly aware of the dangerous effects of racism and sexism to society as a whole. Movements such as Black Lives Matter, Women’s March, and #metoo have gained wide-spread support worldwide. However slowly, change seems to be coming to our social beliefs and norms.

As science reflects our societal beliefs and concepts, the scientific community is slowly experiencing this change also. For instance, race science has been debunked, and its supporters largely ostracized. The MeTooSTEM (Science, Technology, Engineering, and Math) movement exposed sexual harassment and abuse that have been rampant in many scientific fields but were always swept under the rug until now. Though in the past individuals have championed these issues, more and more people are becoming engaged now and are remembering the hard lessons learned.

Change has to happen at all levels, especially at the start of children’s education. Regardless of race or gender, children from all walks of life have the innate curiosity and capacity to excel in the sciences. But societal biases can exert their pressures even at this early stage. In one study, researchers found that teachers rated Black students lower in math and reading skills compared to white students, even though the students had identical test scores. Children also start out with less gendered science stereotypes. From 5 decades of studies of asking children to draw a scientist, researchers have found that the number of younger children drawing women as scientists have steadily increased throughout the decades. The effect is less prominent among older children, suggesting that as children grow older they increasingly associate science with men rather than women. These effects on children compound throughout their lifetime, making it all the more important to start early in changing our societal beliefs and norms.

A body in motion stays in motion, unless external forces are applied. Science will continue to reflect our best and worst qualities. Without committed action, no change will occur. And a body as large as the scientific community will need an equally large force to change its course. 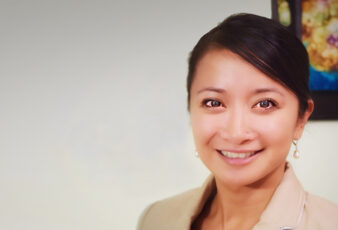