Tidal trouble? Warming and salinity in the Strait of Georgia 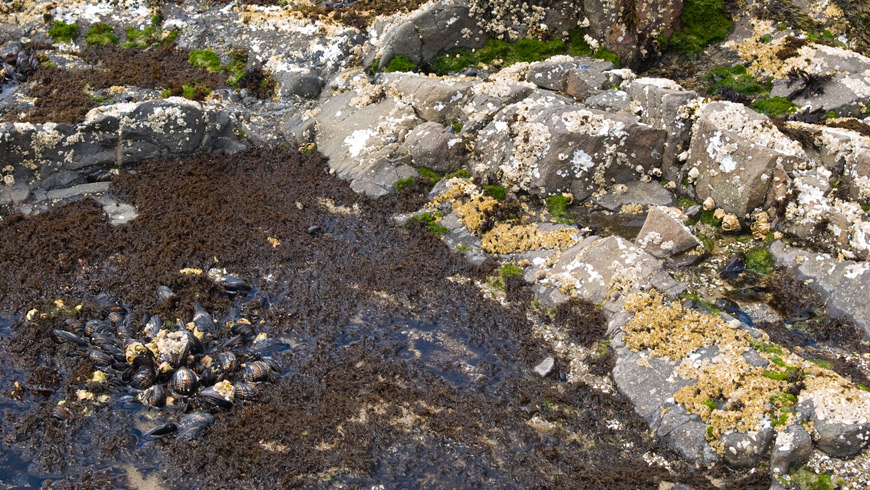 In the midst of the heat wave experienced across British Columbia, The Wall Papers had the opportunity to ask Chris Harley, incoming Wall Scholar, a few questions about the impact of low rainfall, a small snow pack and unusually high temperatures on marine life in the Strait of Georgia.

Harley is a UBC Professor in the Department of Zoology who specializes in ocean acidification. He is also an active Peter Wall Faculty Associate; he recently received an Early Career Scholar Award and an International Research Roundtable Award.

The Wall Papers (WP): With unseasonably hot temperatures, little rain and little to no melting snow pack and run-off from the North Shore mountains, are you seeing any changes to marine life in tidal areas in and around Metro Vancouver? If so, what is happening?

Christopher Harley (CH): There was very little snow in and around the lower mainland this winter, but there was more in the interior. As a result, the volume of snowmelt coming out of the Fraser this spring and summer has been pretty average, although the melting did start much earlier in the year. Local marine species that are sensitive to very low salinity, like sea stars, seem to be OK (except for those populations affected by the wasting disease). But the early melt might have affected species like dogwhelks that reproduce in the late winter / early spring, because very young individuals are usually more sensitive to freshwater. We will know by next year, when the 1-year old whelks will be big enough to find and count.

Dogwhelk snails, pictured above, can be sensitive to freshwater, explains Harley. If young dogwhelk snails aren’t seen, it means the salinity has been stressfully low in the past year or two due to excess freshwater. Since the snow pack melted early this year, at the same time as dogwhelks reproduce, there may be impacts on dogwhelk populations down the road.

WP: During the Olympic year with a smaller than usual snow pack, you observed changes to mussel and starfish populations. Are we witnessing a similar phenomenon again this year?

CH: The Olympic winter had remarkably little snow, and the Fraser river outflow the following summer was very low (a “mere” 6,000 cubic meters per second at its peak). This kept Burrard Inlet quite salty, which the sea stars loved. Their populations went way up, and they ate their way through most of the mussels in places like Stanley Park and West Vancouver. In 2012, though, huge snows resulted in Fraser River output that peaked at a mind-boggling 12,000 cubic meters per second, with flooding in the Fraser Valley. Summer salinity was very low, and the sea stars were either killed or forced to move to deeper water, and the mussel beds began to recover. Now, in an intermediate year (we peaked at 8,000 cubic meters per second this summer), there are some sea stars and some mussels, but not a complete domination of one or the other.

The big pink sea star is a relative of the purple ones commonly seen in Vancouver, says Harley. The pink giants live here too, but they are usually only seen by divers, he adds.

WP: Weather reports are forecasting more hot, sunny weather in the weeks to come, with little rain in sight. What would you say are the implications of drought on our oceans locally over the remainder of the summer months?

CH: The southern Strait of Georgia is heavily influenced by snow melt running out of the Fraser River, which is a little less sensitive to periods of fine weather in regions like the lower mainland. But other areas, like the inlets on the west and south coasts of Vancouver Island, are more sensitive to the flow of small streams, so there may be ecological effects of changing salinity in places like Bamfield and Nanaimo. Perhaps more importantly, the unusually high temperatures can be a major source of stress at low tide. There may be some death and destruction in the intertidal zone in the coming weeks.

WP: What impacts will the wildfires and smoke in Metro Vancouver have on the process of ocean acidification?

CH: I don’t think the smoke will have much of an impact on the marine environment. The amount of CO2 released by the fires is pretty small in the grand scheme of things, and the fine particles that settle into the water probably won’t have too much of an impact either. But the intense 2015 wildfire season is indicative of broader changes in our climate, and both marine and forest ecosystems can expect to see more extreme events in the future.

WP: If this weather is a sign of things to come, what kind of longer-term impact can we expect to see to marine life in the Pacific Northwest?

CH: Warming in BC, and increasingly salty water in the Strait of Georgia, are now well-established trends over the past half-century or so, and these trends are expected to continue. This will be good news for some species, and bad news for others. Sea stars like warm, salty water, so they will do well once they recover from wasting disease. Mussels do not like hot low tides, and they get eaten by sea stars when the water is salty. Add to that the effects of ocean acidification, which is especially harmful to things like mussels that make calcium carbonate shells, and it is a bad time to be a mussel.

WP: Is there anything the average person can do to mitigate the effects of this weather on our marine ecosystem?

CH: People can make a huge difference. It is just hard to see at the time scales we are used to thinking about. Will riding our bikes instead of driving diminish the effects of our current hot summer? No. But will changing our behaviour help reduce the likelihood of seeing heatwaves worse than this one in the future? Absolutely. 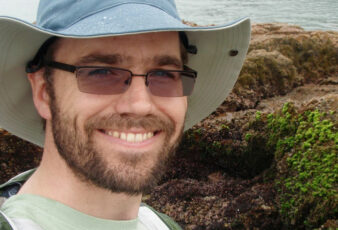