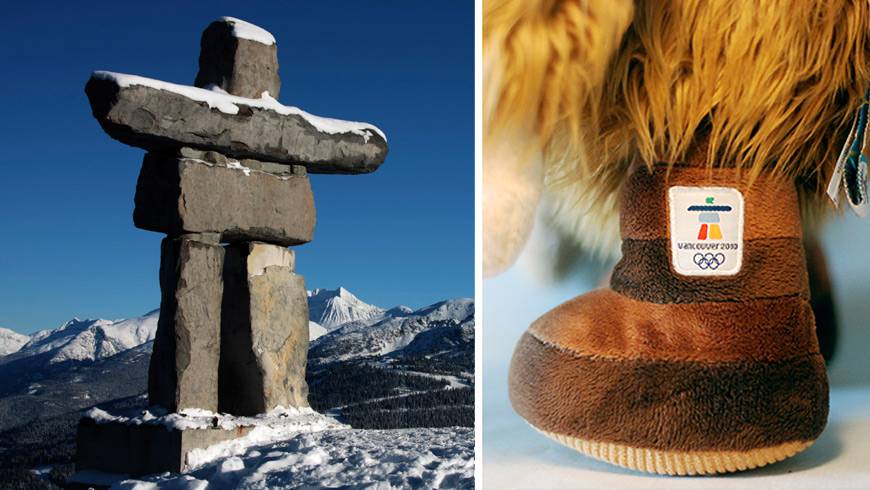 From towering totems to sacred masks, First Nations material culture has become high-valued and recognizable in the world of contemporary arts and culture. However, according to one Institute Associate, these views do not necessarily reflect– and often distract from– current and historical behaviour towards First Peoples.

“We celebrate the spectacle of Northwest Coast First Nations art as powerful, incredible, identity-making. We’re proud as a nation to show it off. But behind the spectacle of all that we love about that [art] are the terrible travesties that Canada imposed upon First Peoples in Canada,” says Dr. Jennifer Kramer, a Peter Wall Institute for Advanced Studies 2013-2014 Early Career Scholar. She is referencing sobering examples such as residential schools’ systemic ripping away of children from their families, the destruction of culture through the forbidding of potlatching and other assimilative practices.

This is the idea behind Dr. Kramer’s recently co-edited book with Dr. Charlotte Townsend-Gault and Ki-ke-in, Native Art of the Northwest Coast: A History of Changing Ideas (UBC Press 2013). She describes the book as an anthology, with 28 different contributors delving into historical writings about material cultural objects and the Western tendency to turn Northwest Coastal art into a one dimensional spectacle, often used for nationalist or patriotic purposes. This compilation offers multiple, sometimes contradictory understandings of First Nations Northwest Coast material culture from the perspectives of Native and non-Native anthropologists, archaeologists, art historians, artists, legal scholars and cultural historians.

“Look at the example of the Vancouver Winter Olympics in 2010,” says Dr. Kramer. “We won that bid on the backs of First Nations Northwest Coast and Interior BC art, not to mention Inuit inukshuk.”

“We forget the colonial history and the contemporary lives of First Peoples when we represent Canada by sending a totem pole to England, Japan or Germany.”

Dr. Kramer, who is also an Associate Professor within the Department of Anthropology and Curator of the Pacific Northwest at the Museum of Anthropology (MOA) at UBC, has developed a new approach to expanding insight into material culture.

In May 2013, she brought six members of three different First Nations communities together in Washington, DC to spend a week among the one-of-a-kind collection of Central Northwest Coastal art found at the Smithsonian National Museum of Natural History.

“Overall, everyone experienced intense emotional responses to meeting with material culture, some of which… they had never seen, knew about or had been physically in the presence of,” says Dr. Kramer, who joined the diverse group of elders, artists and traditional language speakers in Washington.

While bringing members of originating communities to visit with their cultural belongings in museum collections is not new to anthropology, Dr. Kramer’s approach is unique in that it includes a more diverse representation of Northwest Coast First Peoples.

“I quickly realized, from not only working with the people, but also from looking at their historical material culture catalogued in museums, that we tend to define them as individually bounded communities that didn’t engage with their neighbours in any way,” a fact Dr. Kramer says just isn’t true in the case of Northwest Coast communities.

“They have overlapping territories and traditions”, explains Dr. Kramer, whose new research brings together First Nations communities of the Northwest Coast, specifically the Nuxalk, Heiltsuk, Wuikinuxv, and Kwakwaka’wakw. “They intermarried, they traded, their artists travelled and many people had multiple backgrounds— today you might see someone identify as [a member of two or even three] communities.”

The implications can be surprising.

For example, in only the one week spent in Washington, the group discovered previously unknown similarities between their different languages in the terms used to describe certain cultural objects, proof of their shared ceremonial practices and intersecting origin stories.

“We were paying close attention to objects collected in Kimsquit, a village where both Nuxalk and Heiltsuk people lived,” says Dr. Kramer. “We want to identify a particular Kimsquit style of carving and painting in order to build a more complex picture of artistic and ceremonial practices on the central Northwest Coast.” This critiques the assumption of each First Nation having its own art style and reveals the modern BC Treaty Process as a simplification, as each First Nation must make their own territorial claim. 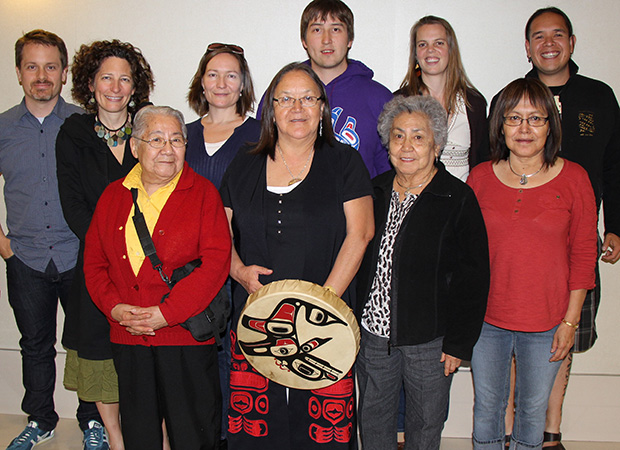 After the success of her Washington pilot project, Dr. Kramer has scouted significant collections from the central Northwest Coast in museums as far away as Göteborg and Berlin. She hopes to bring representatives from the Nuxalk, Heiltsuk, Wuikinuxv, and Kwakwaka’wakw communities to these locations, as well as to those closer in New York City and Chicago.

Dr. Kramer says she enjoys working within complicated ways of knowing, an area she calls the “scratchy-itchy bits” where pieces of knowledge don’t quite fit together.

“That’s why the Peter Wall Institute is so important, because interdisciplinarity… is where I would argue that the most exciting, innovative work happens– on those margins,” adds Dr. Kramer. 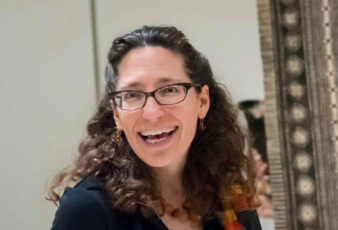