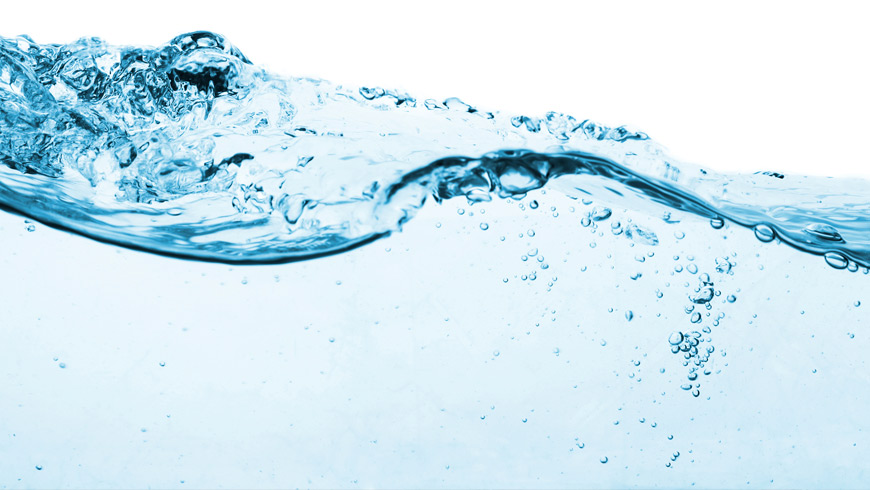 She would be disappointed. The main part of the lake at the time was completely inaccessible, ringed by industrial buildings, train tracks, and rusting old worksites– some of which were heavily contaminated by the industries of the past. There was no way of enjoying the water that she had so looked forward to, so she set about figuring out how to clean it up.

“I just thought it was shocking that this was the case, and I did my undergraduate thesis on waterfront regeneration”, says Dr. Bakker.

On January 29 and 30, 2014, Dr. Bakker brought together a group of experts on water innovation from around the world for a workshop. Water and Innovation: An Interdisciplinary Exploration was held at the Peter Wall Institute for Advanced Studies.

The Exploratory Workshop was an effort to identify and work toward solving some of the key problems facing water security initiatives, by creating space for an interdisciplinary conversation about water.

“Addressing that gap requires interdisciplinary teams to work together to figure out how to get the scientists talking to policy makers and practitioners to make sure that these great ideas actually get out there and achieve something,” she says.

“They’re the jewel in the crown at UBC”, says Dr. Bakker. “They enable you to make connections you wouldn’t otherwise be able to make.” 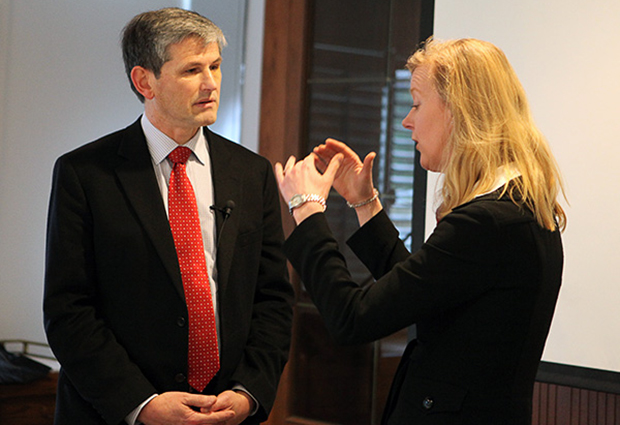 Dr. Karen Bakker talks with BC Minister of Technology, Innovation and Citizens’ Services, Andrew Wilkinson during a panel at January’s Workshop.

“We’re actually exploring ways to manage water, and land, and resources, and ourselves– which of course are all integrated systems– to ameliorate the environment, to improve water quality, to leave the environment better than it was before,” says Dr. Bakker.

“I’ve done a lot of work in developing countries and seen the impact that small innovations can have on community health and livelihoods,” she says.

“We’re not immune to some of the biggest water security challenges the world faces,” says Dr. Bakker. “I continue to feel a sense of urgency about that.” 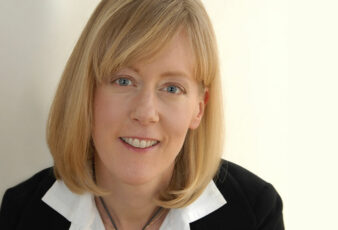