What constitutes a country? 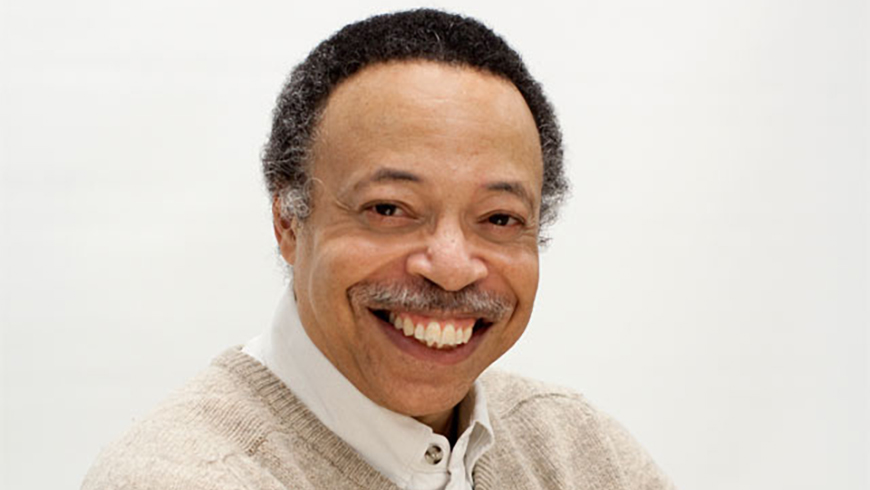 George Elliott Clarke is the Canadian Parliamentary Poet Laureate. Clarke will be in residence at the Peter Wall Institute November 6th to 10th.

Throughout the ages, poetry has inspired action, dissent, and even instigated sweeping change. Heightening little known or underappreciated narratives, poetry has the power to reflect—through meaning, rhythm and sound—distinct experiences that nudge societies toward an ideal world.

So perhaps it’s no surprise that George Elliott Clarke, Canadian Parliamentary Poet Laureate, has set his sights on rewriting parts of Canada’s Constitution.

“We shouldn’t presume that just because some matters seem to have been settled in 1982 with repatriation and the enshrining of the Canadian Charter of Rights and Freedoms—a bill of rights entrenched in the Constitution of Canada—that it’s absolutely fine,” says Clarke.

While in residence at the Peter Wall Institute from November 6th to 10th, Clarke hopes to meet with environmentalists, lawyers, Indigenous Peoples, artists, and other interested parties to look at reshaping the Constitution yet again.

“My role will be to inject some poetry into the language and to put forth my own ideas that I’ve thought about for a long time. Some are tongue-in-cheek while others are very serious,” says Clarke who has authored numerous books of poetry, novels, plays, and received several awards, among them, Officer of the Order of Canada and a Governor General’s award for Poetry in 2002 for his Execution Poems.

When asked why the Constitution of Canada, would need to be “remade” when it seems to have served Canadians for the past 35 years, Clarke retorts that he’d like to make it more representative of what Canada has become as a society.

“As good as some of those British principles of jurisprudence and law and order are, they’re not reflective of the potential that our great multicultural and Indigenous-based society has for putting together far more progressive models of human civilization and togetherness.”

He explains that the British North America Act of 1867 set up a hierarchical society where some had more privileges than others. From 1867 to 1975 Canada had a Constitution suited to the needs of the British Empire. Canada’s history stems from this, although the Canadian Charter of Rights and Freedoms signed in 1982 guarantees greater equality among its citizens.

“We still have a long ways to go before we can talk about a decolonization of control of land, resources, cultures, and languages for Indigenous Peoples,” Clarke adds, giving his argument of reworking the Constitution more force. “Those of British ancestry had more rights under the old constitution than anybody else,” says Clarke. “It was an unfair system for everyone else and that only began to be addressed once there was a Charter and an insistence on the implicit equality of all Canadians.”

While in residence at the Institute, Clarke would specifically like to discuss inserting a clause at the beginning of the Constitution that everything is to be interpreted in accordance with the fact of Canada’s inherent indigeneity.

“If we did this, then over time the entire society would shift its focus from Europe, to recognizing where we are—literally—as opposed to dealing with concepts that were important at one time and imposed on everybody.” He cites as an example of why this change is important the fact that more women are now in command of more workplaces, which is partly due to passing into law equality provisions.

“Civilization is always a work in progress so it makes sense to ask, what else can we do with the Constitution to make it more comprehensively a statement of our ideals as a collective, as a society, as a civilization for crying out loud? Can we design it in such a way that it will be a beacon and a model for everyone else in the world?”

The Canadian poet and playwright is a champion for a more just, equitable society. His work resounds with a lyrical flair and cadence marked by Africadian homilies, songs, and sonnets; the harmonies of cool jazz trumpeter Miles Davis; the poetry of reactionary poet Ezra Pound; and the legacy of the Right Honourable Pierre Elliott Trudeau, to name but a few.

Through exploring and chronicling the experiences and histories of Black Canadian communities from Nova Scotia and New Brunswick and their encounters with racism, segregation, hatred, and loss of place and identity, he reveals layers of Canada’s cultural geography that were previously buried by its colonial agenda. A seventh-generation African Canadian, Clarke counts among his ancestors, African-American refugees from the War of 1812 who the British relocated to Nova Scotia. Clarke’s father was a painter and worked on the railway. For the young Clarke and his two brothers this meant free tickets on the train across the country. He describes his father as a working class intellectual while his mother was an expert in early childhood education.

“They were both very literate, constantly treating my brothers and I to walks around the city and visits to parks,” he says.

Growing up in Halifax, Nova Scotia, Clarke describes that time of his life as idyllic. “I had a childhood in stereo as there was this amplification through art, music, books, and film.”

Clarke laughs and speaks from deep in his chest as someone with a strong sense of who he is, where he’s from, and where he’s going. He is as at home discussing rap—one of the “longest forms of popular culture,” spoken word and Beat poetry, nursery rhymes, and American singer-songwriter Bob Dylan’s lyrics, “pregnant with beauty and power.”

His animated ideas for remaking Canada’s supreme law may cause one to envisage the Constitution of Canada not as a series of acts set out in fusty legal language, but rather as a vehicle—much like a train, or a poem—to carry the country forward.

“Constitutions may seem like abstract, airy fairy things that don’t have much impact on every day life,” says Clarke, “but actually they do because it sets forth the ideal society that we’d like to have. As long as elements of that ideal are missing then we’re less likely to achieve that ideal going forward.”