If We Lose the Amazon, Our World Will Lose Its Future

PWIAS Interim Director and Wall Scholar, Dr. Vanessa Andreotti, has published an opinion piece on OpenDemocracy.net about the potential global impact of the proposed legislation and a landmark case in Brazil’s highest court that would remove laws that protect the Amazon rain forest and other ecologically sensitive areas.

We’ve included some excerpts from her piece below, but you can read it in its entirety on OpenDemocracy.net.

The Brazilian government’s plans to open the Amazon and other protected areas to predatory mining, logging and farming will legalize the destruction of the Amazon forest and the extermination of Indigenous peoples, the forest’s last line of defence.

More deforestation will push the Amazon beyond the tipping point, turning it from a rainforest into a savanna or grassland. The Amazon will go from a vital carbon sink that helps us slow down climate change to a dangerous carbon source that will accelerate the heating of the planet. This is already happening in some parts of the forest.

The Coalition of Indigenous Peoples of Brazil (APIB), has denounced Bolsonaro in the International Criminal Court in the Hague. Through its ‘Last Warning’ educational campaign, the Federation of the Huni Kui Indigenous people of Acre in the Brazilian Amazon, has issued a call for the world to pay attention to ecocide and genocide. The Huni Kui and other guardians of the Amazon are putting their lives on the line to defend the world’s largest rainforest, as well as humankind’s chance to have a future. They are risking their lives for all of us. Both APIB and the Huni Kui Federation emphasize that if the international community wants to help protect the Amazon, there is a need to safeguard the rights and lives of Indigenous peoples – its last line of defence.

The Huni Kui believe that our planetary responsibilities require us to interrupt our collective indifference. For this, we need to bear witness to the consequences of unsustainable ideals of ‘progress and prosperity’, based on hyper-individualism and over-consumption. The Huni Kui highlight that this may be humanity’s last chance to step up and safeguard the Indigenous peoples and their lands in Brazil and elsewhere. They have sounded the alarm, now we must wake up to face what we have done to the planet and to each other. If the worst comes to pass, this may, literally, be their last warning. 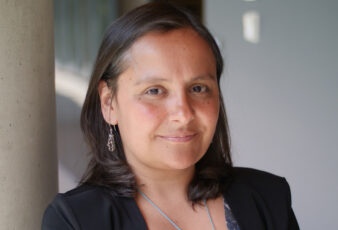 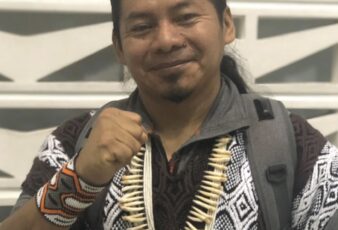