Is your community prepared for wildfire?

The summer wildfire seasons in 2017 and 2018 saw intense, fast-moving and uncontrollable wildfires which burned through a record-breaking 2.5 million hectares of forest and grasslands in British Columbia. Experts project this scenario be the ‘new normal’ given ongoing climate change impacts and the link between heat, drought and wildfire. Many BC communities are at moderate to extreme risk of burning during a wildfire. While the provincial government has allocated significant funds to reduce wildfire risk and hazardous fuels by thinning forests or prescribing controlled burns, it is estimated that only 10% of high-to-extreme fuels have been mitigated. With the extent of forests surrounding many BC communities, all but a few communities remain highly vulnerable.

Why don’t vulnerable communities in BC take action to reduce wildfire risk?

Supported by a Wall Solutions grant, forestry researchers Lori Daniels, Shannon Hagerman and Sarah Ravensbergen surveyed municipalities and First Nations communities to identify barriers to community participation in wildfire prevention. Their findings revealed that all communities perceived a high level of risk and ranked wildfire preparedness as an urgent priority. Enforcement of bans, restrictions and fines, raising awareness of ignition risks and tree pruning, were the most supported actions for mitigating fire risk. For those communities who had not developed wildfire protection plans, lack of financial resources at the community level, and lack of funding from provincial and federal government levels, were the major limiting factors. Researchers shared their findings with the Union of BC Municipalities. Possible solutions include new initiatives such as the Community Resiliency Investment Program to provide funds to communities for local wildfire risk reduction programs. The team continues to work with community leaders to co-develop community-based solutions to overcome the barriers and take proactive efforts in wildfire prevention. 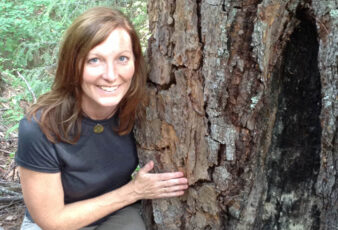 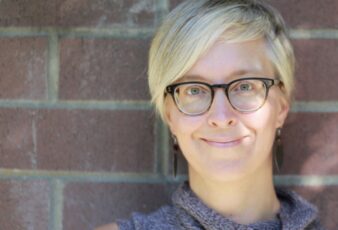