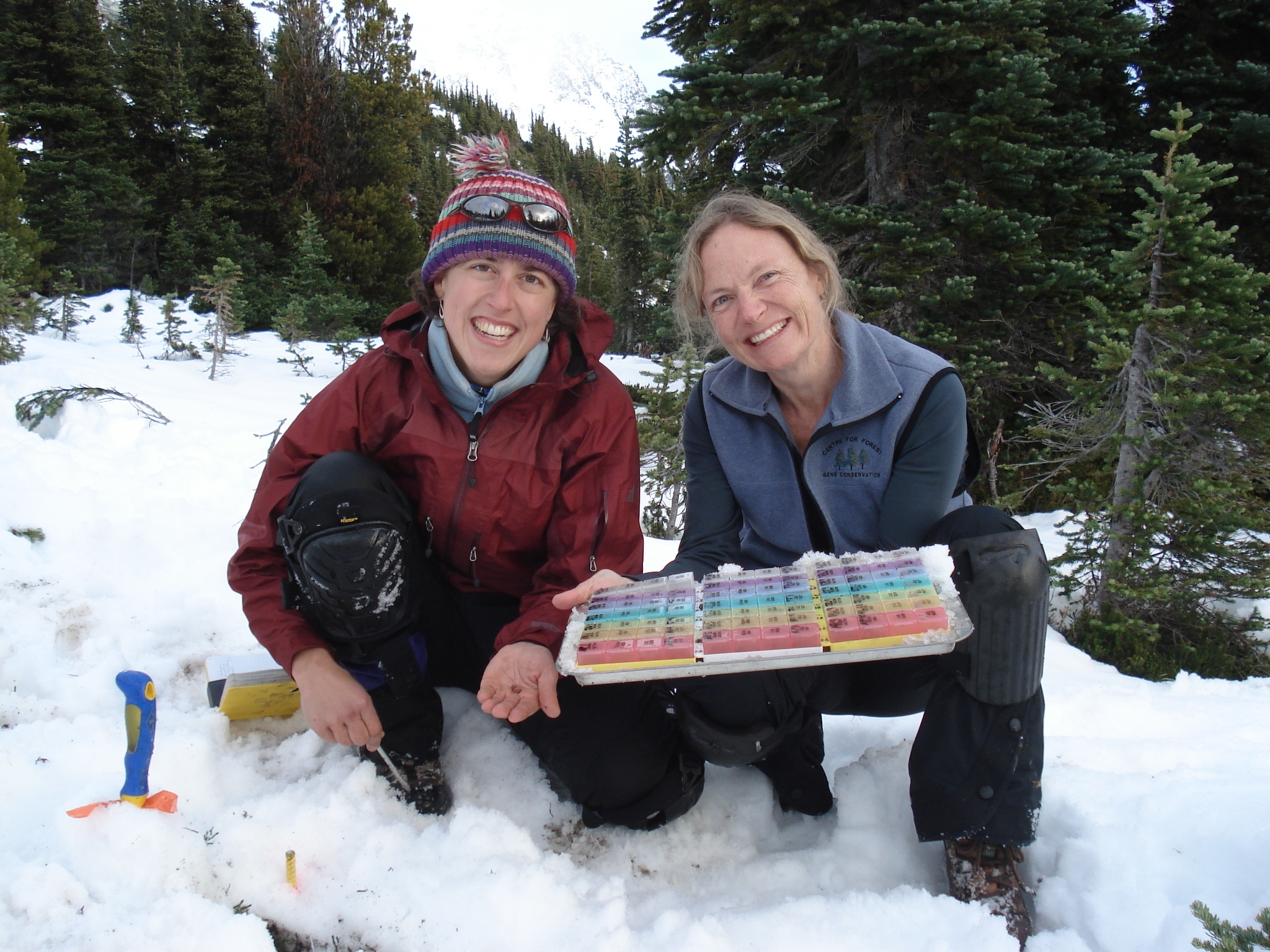 To understand what’s happening in BC’s forests, Dr. Aitken’s team has assembled an impressive amount of genetic data. She spouts numbers with the seasoned manner of someone used to explaining a complex project. If printed out on normal sheets of paper, the amount of data collected so far – 8 to 10 million genetic markers on two species of trees are being examined – would make a stack of paper 150 kilometres high.

Some ranges are predicted to expand as the northern parts of Canada grow warmer and invite southern species in. However, Dr. Aitken’s lab is focused on the shift of genes within the existing ranges, and the effects of those shifts on existing populations, rather than the expansion of their limits. Even the movement of genes within species ranges is complex enough, as populations of a species can be specifically adapted to their preferred habitat. Diluting those genes with outside individuals is known as outbreeding depression. And the different genomes of one population as compared to another can be so different – even within a species – that they develop genetic incompatibilities.