"I don't think the response has been a success at all, although it is labeled as such," says Lewis, who was in Vancouver on September 17 to speak on the state of the HIV/AIDS pandemic at the Wall Exchange downtown public lecture series hosted by the Peter Wall Institute at UBC.

"There has been some private behind the scenes dispute between the two over [the figures]... but I think the numbers are so large regardless that we should dwell on what's actually happening," Lewis says. 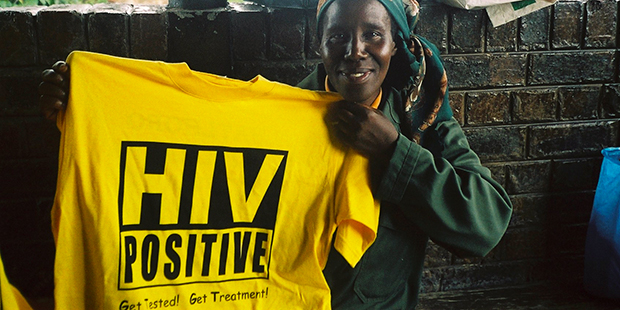 Still, the study notes that the brunt of the pandemic is shouldered by sub-Saharan Africa, where access to treatment isn't universal, gender inequality is prolific and millions of children have been orphaned by the disease.

According Lewis, there is no question the world has come a long way from the "carnage" of the disease ten years ago, with an estimated 13 to14 million people are now able to access treatment, but stresses that there is a huge amount of work left to be done.

"To suggest that the epidemic is over because you're getting people into treatment is to forget the social and psychological and economic consequences go on for generations – it isn't easy to measure them," he explains, noting that more than 17 million children have been orphaned by the virus globally.

"I'm not impressed, as others are, with the progress that has been made because it has been achingly slow. We have lost millions of people whom we shouldn't have lost."

"The nature of gender inequality is so entrenched... that women ultimately suffer. They become the most vulnerable," says Lewis, noting that combatting sexual violence and its staggeringly high HIV transmission rates are only now being focused on. 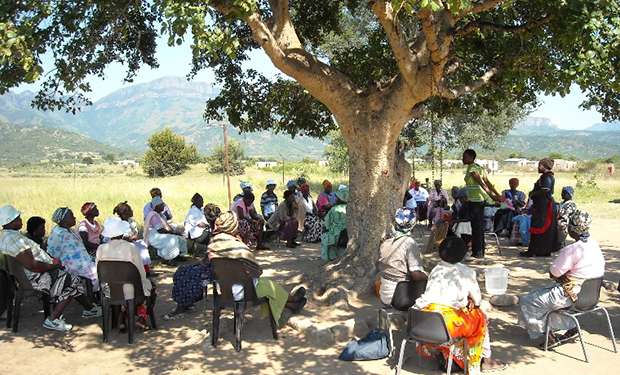 South Africa– Grandmothers meet in solidarity in this photo from Phedišang, an organization working to support the growing number of orphans and vulnerable children in South Africa, many of whom have been impacted by the HIV/AIDS crisis. According to Lewis, women across Africa are at the heart of the pandemic, but have immense grassroots capacity despite being subject to long-term gender inequality.

"In many many parts of the African continent, easily between 60 and 70 per cent of those who are infected are women," says Lewis, calling these transmission rates "terrifying."

Stigma and discrimination against those carrying the disease, particularly women, has also made it difficult to get those affected into treatment. Recently, Uganda's president signed into law a new bill that criminalizes the transmission of HIV and singles out women by requiring survivors of sexual assault and pregnant women undergo HIV testing. Such provisions increase discrimination and stigma associated with the disease, and distrust of the health care system may discourage women from seeking care.

"We're still not getting from the wealthy countries in the world the kind of financial response to support the rolling out of treatment," says Lewis, noting that the Global Fund to fight AIDS, Tuberculosis and Malaria was several billion dollars short of its goals at the last replenishment meeting.

"Now should be the time to ring the alarm bells," he says.

According to Lewis, public relations decisions by UN agencies to emphasize slogans like "The End of AIDS" or "An AIDS Free Generation" are supporting a general notion that the pandemic is almost over.

"They have almost induced in the donor nations a sense of complacency." 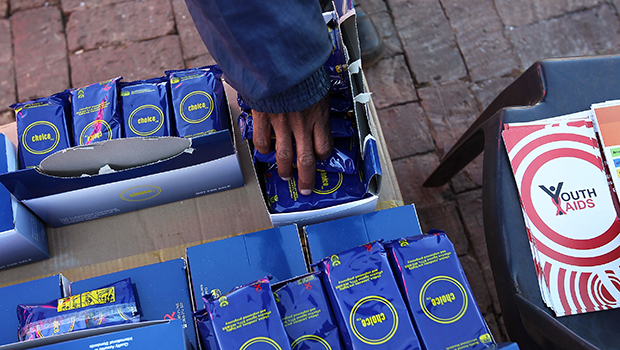 A youth takes packets of free condoms at a street soccer match to promote HIV/AIDS ahead of a 2010 World Cup game in Johannesburg, South Africa. South Africa has the highest number of people living with HIV in the world, and UNAIDS estimates that women aged 15 and up make up more than half of all people living with the virus in the country. Photo by John Moore/ Getty Images.

What's more, Lewis says there is a general lack of appreciation in the Western world as to just how capable communities across Africa are, when given the right supports.

"You understand as you move through Africa – and this was brought home vividly to me when I was the envoy – that the sophistication of the communities, particularly women at the grassroots, is extraordinary," he says.

"The inability of the rich world to understand the knowledge, the generosity of spirit, the expertise, the tremendous community networks that exist... it's a great failing of the Western world."

Stephen Lewis is the board chair of the Stephen Lewis Foundation, which is dedicated to turning the tide of HIV/AIDS in Africa, and is co-founder and co-director of AIDS-Free World. You can watch his Wall Exchange lecture on YouTube, and read about Twitter highlights from his talk on Storify.