The cameras on your phones make Black people invisible

In the wake of the killing of George Floyd by police in the U.S., Maclean’s asked Black Canadian writers to pen open letters to America addressing the recent upheaval and the task of confronting racism that—deny it as some Canadians might—persists in their own country.

“There are software issues with your phones that I won’t get into. My date and time function is frozen in the 18th century. My location tracker positions me crossing the Atlantic Ocean. The system updates to this point have failed to fix your devices. What you really need is a totally new operating system.”

Ian Williams is an associate professor in the department of Creative Writing. He is the author of the novel, Reproduction, winner of the 2019 Scotiabank Giller Prize. His poetry collection, Personals, was shortlisted for the 2013 Griffin Poetry Prize and the Robert Kroetsch Poetry Book Award. 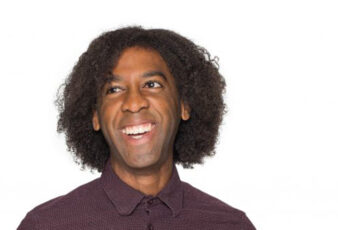