The U.S. Capitol Raid Was a Failed Self-Coup 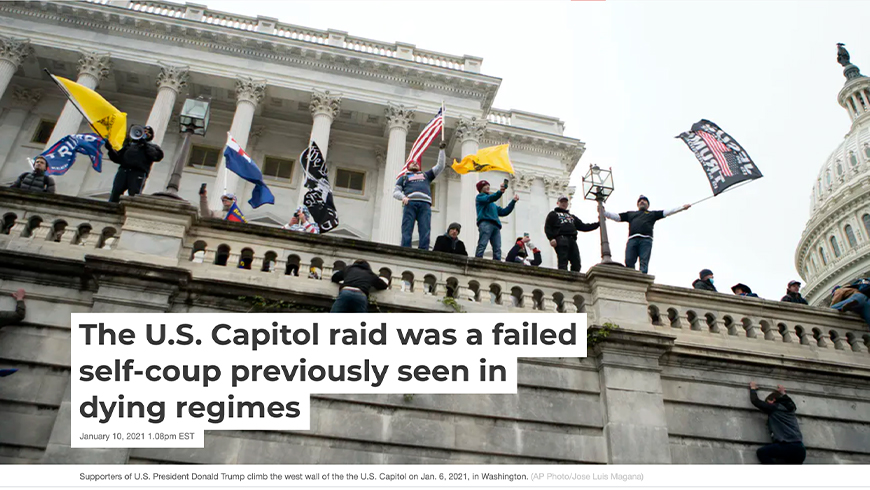 Wall Associate Prof. Max Cameron authored an op-ed about the storming of the U.S. Capitol. He says that the melee in Washington may have failed to disrupt the certification of the election of Joe Biden and Kamala Harris, but it enacted a script favoured by coup-mongers around the world.

He references historic examples of ambitious politicians disrupting established institutions to retain power can be found in the coup including of the 18th Brumaire by Louis-Napoléon Bonaparte (the nephew of Napoléon Bonaparte) in France (1851), Oliver Cromwell’s dissolution of the Rump Parliament in 1653, and the rebellion of the Gracchi brothers in Rome (133-121 BCE). And suggests Trump’s actions have pushed the U.S. down a path that has doomed dying regimes in the past.

Max Cameron is a Professor in the Department of Political Science at UBC that specializes in comparative politics (Latin America), constitutionalism, democracy, and political economy.

Read his op-ed in The Conversation 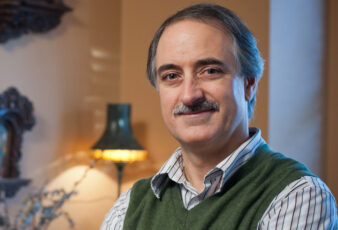