People behind the data

Wall Papers
Michael Brauer is a 2017-2018 Wall Scholar and a Professor with the School of Population and Public Health at the University of British Columbia.

Peter Wall Institute Wall Scholar Michael Brauer is an internationally recognized expert on the linkages between the built-environment and population health, specifically in relation to air pollution.

As more than 60 percent of humanity is projected to live in urban centres by 2030, there is an increased urgency to design more “resilient” cities. Consequently, Michael is refocusing his research to develop an improved understanding of “healthy cities” and the relationships between urban development and human health.

Michael is a professor at UBC’s School of Population and Public Health and has conducted monitoring and epidemiological studies throughout the world and served on advisory committees to the World Health Organization (WHO), but he has recently expanded upon his data-centric approach. At the Institute, Michael’s exposure to other Wall Scholars’ research has inspired him to look beyond numerical values and consider the people behind the data.

“The Peter Wall Institute blows frameworks apart and forces researchers to think about their ideas from different perspectives,” says Michael. “For example, Sara Shneiderman, an anthropologist also in residence at the Institute, has encouraged me to think about the different perspectives of people and cultures. We shouldn’t produce a one size fits all approach to designing healthier cities.”

Michael has always been aware of the human component of his work, but the other Wall Scholars within his cohort have reminded him not to lose the human stories in the midst of data and patterns.

“I share an office with urologist researcher Lynn Stothers who has stressed the importance of access to toilets for older individuals and how that impacts how they get around their neighbourhood,” says Michael. “That is a component of healthy cities that I hadn’t considered and something I might not have discovered if I wasn’t sharing an office with a urologist.”

Michael’s new approach should stand him in good stead as the Vancouver team lead for Pathways to Equitable Healthy Cities, an international research partnership that aims to make health equity an essential component of all urban development. The forward-looking project will focus on solutions that are adaptable to cities with varied levels of health and income. The project involves six cities: Vancouver, London, Beijing, Dhaka in Bangladesh, and the Ghanaian cities of Accra and Tamale. 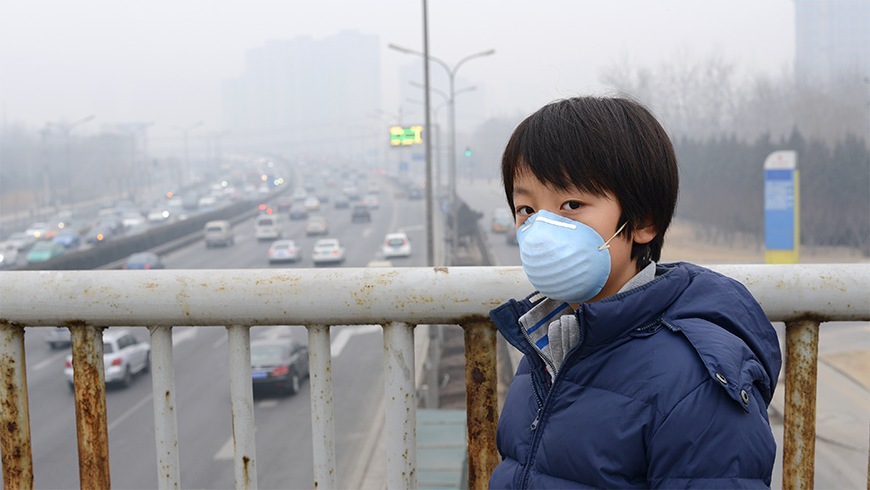 A pedestrian in Beijing wears a mask as protection against smog. “Health projections won’t necessarily determine whether a decision or policy will be developed but it can assist in building the healthiest version,” says Michael Brauer.

The research teams will provide city planners with information on how areas and populations are affected differently by policies, as well as how changes to neighbourhood structure may displace people due to rising house prices, or the effects on the health of populations from new technologies such as driverless vehicles. This is enabling Michael to further his understanding of how future urban development can have differing impacts on human experiences. 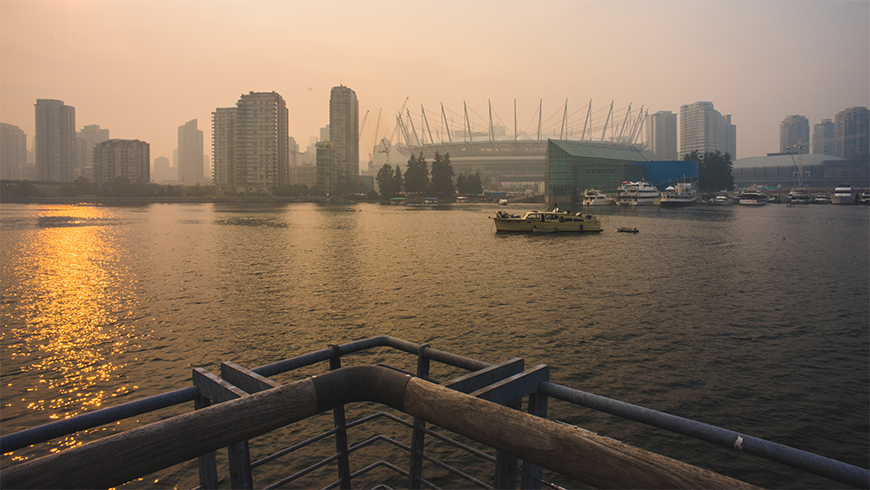 Is this the new normal for summertime air quality in Vancouver, B.C.? "As cities prepare to become more resilient to climate change, they may incorporate services such as cool shelters for potential heatwaves or clean air shelters for cities that experience increased air pollution from wildfires,” Michael Brauer says.

Time and space for intellectual exploration

During his year in residence at the Institute, Michael has found the time to ponder his research in a creative environment. “At my departmental office I am often distracted by day to day administrative and technical issues,” he says. “For a few hours every week, the Institute provides time where I can open my mind up and really let myself explore intellectually.”

Part of that time has been devoted to wide-ranging discussions with the other Wall Scholars.

“There is a collective spirit at the Institute where everyone is here to learn from each other,” says Michael. “It provides a non-threatening environment to test ideas which you can’t necessarily do in the structured format of a discipline-specific domain. To have informal discussions that are serious but not constrained—those are unfortunately rare to have at universities.”

As a result of these discussions, Michael is collaborating with fellow Wall Scholars Sebastian Prange and Kalina Christoff to imagine how our perspectives of the future affect today’s decisions. Images of “the future” are usually incorrect, and the trio are bridging their respective expertise to improve their understanding of how projections of the future influence decision-making processes.

“Projections and scenarios aren’t usually revisited to check their accuracy yet they impact what decisions are made to plan the future,” says Michael.

Michael has taken advantage of the interdisciplinary environment to expand his research and look beyond the structure of his discipline. “This has been an opportunity to understand how scholars can be restrained by their specific approaches to research,” says Michael. “Combining different methods may foster the best ideas.”