Wall Stories
Ann Jones is an independent scholar, journalist, photographer, and the author of ten books of nonfiction. Her work focuses on the historical, social and political structures that perpetuate injustice.
By Katie Stannard

In 2016, Americans elected a president who many perceived was the least likely candidate to win. Immediately following the election, concern spread throughout the country as citizens questioned the state of the nation’s democracy and how they could possibly have gotten stuck with Trump.

In March 2018, Peter Wall Institute International Visiting Research Scholar Ann Jones spoke at the University of British Columbia’s Vancouver campus to address the unraveling of democracy in the United States. Ann Jones, a journalist, writer, and former professor at Harvard University suggests that democracy was threatened long before Trump rose to power. Ann argues that the U.S. may no longer be a democracy responsive to the will of the majority of people, but rather an oligarchy answering to powerful corporations and a small number of affluent people. Evidence is mounting that the Trump administration is furthering the pursuit of a systematic plot against American democracy by wealthy elites that aims to weaken the institutions of government.

Ann’s work focuses on the historical, social, and political structures that perpetuate injustice. She has written extensively about violence against women in the U.S. and reported on the impact of war upon civilians from Afghanistan, Africa, Southeast Asia, and the Middle East. 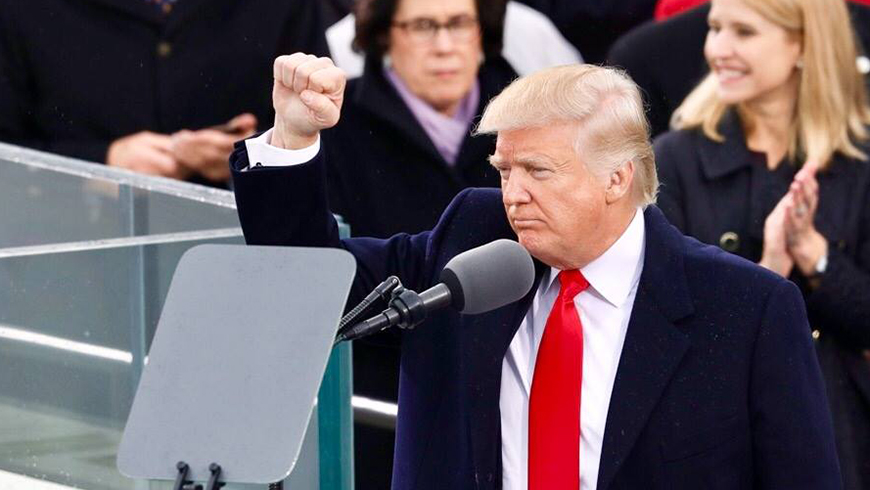 Ann stresses that Trump’s unscripted remarks and late-night tweets are mere distractions from the deep underlying problem threatening freedom and democracy. She is concerned that the nation is too focused on the inept administration in the White House and that many Americans think electing a new president in 2020 will solve the problem of weakening democratic institutions.

“Americans have to wake up, but I fear it’s too late for that,” says Ann.

As an example, in the book, Democracy in Chains, Nancy Maclean describes how for over six decades the political economist James McGill Buchanan and his colleagues designed an operation to alter the government to disempower the majority. The pace of this operation has dramatically increased since the Supreme Court passed the Citizens United case that permits unlimited anonymous contributions to political parties from corporate entities and individuals.

“The story is so hard to believe that it makes the teller sound paranoid, but in fact the story is true,” says Ann.

Ann, along with other investigative reporters such as Jane Mayer, author of Dark Money: The Hidden History of the Billionaires Behind the Rise of the Radical Right, argue that there is a network of wealthy conservative Republicans who have pursued their own interests by funding an array of organizations to influence academic institutions, Congress, and the American presidency. Many affluent donors act and donate as members of the Koch brothers cabal. Libertarians Charles and David Koch, have systematically and secretly worked for decades to undermine the democratic institutions of government. Ann explains that it appears the Koch brothers have all the Republican and a significant number of Democratic legislators under their control.

“Their goal has been to reduce government to only the bits and pieces needed to protect their property rights: the military, police, national security organizations, and perhaps a ministry responsible for land management and infrastructure,” says Ann. “All regulatory agencies must go, leaving the so-called ‘free market’ free to their exploitation.”

The single greatest threat to democracy is economic inequality

With each passing year, the economic gap between the poor and the wealthy widens in America. Today, the three richest men in the U.S. possess greater wealth than the top 50 percent of Americans combined, while the top one percent hold more wealth than 90 percent of the population. The bottom 20 percent have negative incomes, meaning they don’t make enough to cover basic expenses. This wealth differential widens all social gaps with the consequence that those living in poverty, and even people in the middle class, experience increasingly fewer opportunities for education, poorer health, lower life expectancies, worse housing, and higher rates of unemployment, addiction, suicide, and premature death.

Although Canadians may fear that democracy could similarly unravel north of the border, Ann reassures us that our government has taken important steps to keep politics free of Big Money from powerful corporations and financial institutions, and has successfully rebuffed attempts to remove those safeguards.

“In my view, Canadians would do well to look to the Nordic social democracies, the countries that are most successful in maintaining the smallest income gaps on the planet and the best functioning universal welfare systems to ensure the wellbeing of all citizens,” says Ann. “Canadians should keep their eyes open while the United States demonstrates how to destroy democracy. Generous Canadians might also keep their fingers crossed that things will turn out better in the U.S. than I expect.”

Ann received the International Visiting Research Scholar award which brings exceptional scholars to UBC to catalyze new research directions between faculty and international scholars. Hosted jointly by the Peter Wall Institute for Advanced Studies, Peter Klein from the Global Reporting Centre, and Max Cameron from the Centre for the Study of Democratic Institutions, Ann used her visit to UBC to meet with scholars and students and promote dialogue surrounding injustices around the world, including the collapse of U.S. democracy. Peter, Max, and Ann found common ground on the topics of inequality, the current global challenges of democracy and the future of social democracy.

"Her knowledge of the social democratic cases in Scandinavia was especially helpful and I found our conversations both engaging and inspiring," says Max Cameron.

Ann engaged with students through classroom visits at the Global Reporting Centre and UBC’s School of Journalism, as well as gave several public talks including a lecture with the Vancouver Institute and a public talk with the Peter Wall Institute for Advanced Studies. Ann's visit proved valuable to foster an exchange of ideas with UBC students, scholars and the larger community, as well as nurture agenda-setting for research within the cluster of global democracy.

Since Ann’s public talk with the Peter Wall Institute for Advanced Studies, the machinations of another powerful billionaire (and Trump backer), Richard Mercer, have been exposed in connection with the Facebook and Cambridge Analytics scandal over the unauthorized use of personal data to influence both the 2016 US Election and UK Brexit vote.