Recent Peter Wall Artist-in-Residence Helen Eastman is a rare combination of classical scholar and theatre practitioner. Between graduating from Oxford with a degree in Classics and English and completing a PhD at King's College London on dialect verse translations of ancient plays, Eastman trained as a theatre director at the London Academy of Music and Dramatic Arts.

Since 2010, Eastman has been the director of the triennial Cambridge Greek Play. The tradition of ancient plays produced in their original language stretches back to the Renaissance and has remained a persistent feature of elite British educational institutions. These productions, however, have at times become more about the maintenance of tradition than the theatrical experience. Eastman was hired by Cambridge University for her passion for the performance of verse, her scholarly knowledge of classical Greek drama and her grounding in modern approaches to choral performance.

She is the founder and director of the Live Canon ensemble—a company of professional actors and theatre makers who perform poetry at theatres, festivals and galleries and record poetry for the radio and sound installations. Live Canon was founded in 2008 in response to a challenge from a theatre colleague with whom Eastman had been lamenting the lack of opportunities for modern audiences to hear great works from the poetic canon. Working from memory, the Live Canon company draws from a range of historical periods, providing their audiences with performed poetry which seeks to find a communal space for performed verse, a tradition which stretches back to our earliest poetic traditions, but which has been largely lost in western culture over the last century. 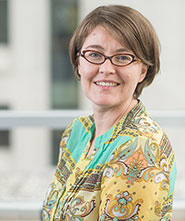 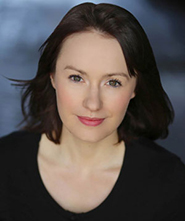 Left: Dr. Hallie Marshall, Professor of Theatre Studies, invited Eastman to UBC. Right: Actor Helena Johnson was sponsored by the Peter Wall Institute to journey from the UK to assist Dr. Eastman in the teaching and mentoring of graduate and senior undergraduate students at UBC, and to perform at a live Canon-style poetry performance at the Institute.

It was Eastman’s work on choral performance in Greek drama and the extraordinary poetic performances produced with the Live Canon ensemble which brought her to the Peter Wall Institute for Advanced Studies. Dr. Hallie Marshall, Professor of Theatre Studies in the UBC Department of Theatre and Film, applied for a Peter Wall Institute arts-based grant to invite Eastman and Helena Johnson, a member of the Live Canon ensemble, to share their work with the UBC community. Eastman and Johnson’s visit to the Institute was an opportunity for Dr. Marshall to examine ideas around choral performance with a scholar doing practice-based work, but also an opportunity to create an interdisciplinary group at UBC who were interested in exploring how the ancient idea of the chorus could be reinterpreted and reimagined for the modern world. 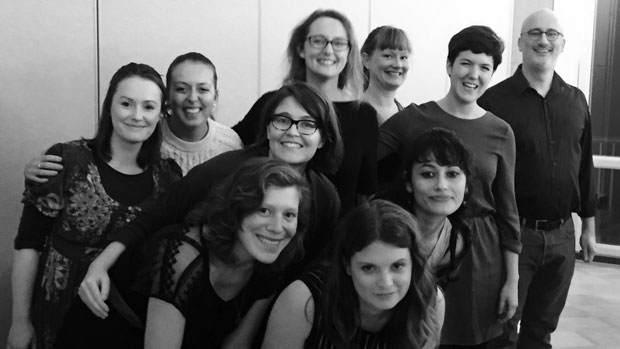 During her residency participating as an Institute scholar, Eastman was joined and supported by a workshop group of non-performers, bringing together members of the UBC community from diverse backgrounds, including law, political science, English and theatre.

During their time at the Wall Institute, Eastman and Johnson led a series of workshops for members of the UBC community (faculty, students, and staff), representing nine different departments, exploring chorus techniques from the ancient to the modern, via Greek tragedy, Le Coq and Complicite and asking how we might apply them to contemporary performance of verse texts. How can we, as a group, share a poem or bring it to life chorally

These workshops laid the groundwork for a unique Live Canon-style poetry performance—the first such event in North America—as part of a Peter Wall Associates Dinner on October 25th. The performance drew on the chorus work developed of the course of the workshops, using material which ranged from Seamus Heaney’s adaption of a Greek tragedy, to contemporary poetry, newspaper op-eds, political speeches, accounts of historical events and descriptions of the importance of Bronze Age chariot technology.

And there was a twist. Rather than coming at the end of the meal, Eastman and her chorus incorporated their performance into the dinner itself. As Eastman addressed the diners, providing background on the history of the Greek chorus, she was interrupted by the performers, who stood from their own seats and began the show before the meal could be served. The diners loved the 45-minute performance, discussing what they had seen with Eastman over dinner, served after the group’s dramatic exit.

Read Helena Johnson’s blog posts about her time at UBC.