Wall Stories
James Stewart was a 2015-16 Wall Scholar and is an Associate Professor at UBC’s Allard School of Law.

The project sprung from Stewart’s residency at the Institute as a Wall Scholar in 2015-16, a time during which he worked on a book as part of his inquiry in the relationship between commerce and atrocity. Stewart is a specialist in accountability for atrocity; he previously served as an Appeals Counsel with the Prosecution of the United Nations International Criminal Tribunal for the former Yugoslavia, and for the Legal Division of the International Committee of the Red Cross and the Prosecution of the International Criminal Tribunal for Rwanda.

At the Stanford forum Stewart delivered a talk on how prosecutions against political elites, military and corporate actors who are involved in illegally exploiting natural resources can bolster pacifist aspirations within the UN Charter. The illegal exploitation of natural and human resources is a major influence on the dynamics of atrocities, and provides both the means and the motivation for mass violence. Enacting the goals of the UN Charter could play a crucial role in creating measures that push powerful actors toward peace rather than conflict.

Stewart’s research embraces a concrete approach. His work focusses on thinking about the ways in which prosecuting people who make war for the purpose of stealing resources creates a disincentive for going to war in the first place.

“In instances where there’s egregious collaboration between business people and their corporations with brutal military groups for the acquisition of natural resources—such as blood diamonds—they would share responsibility for the consequences,” Stewart says. 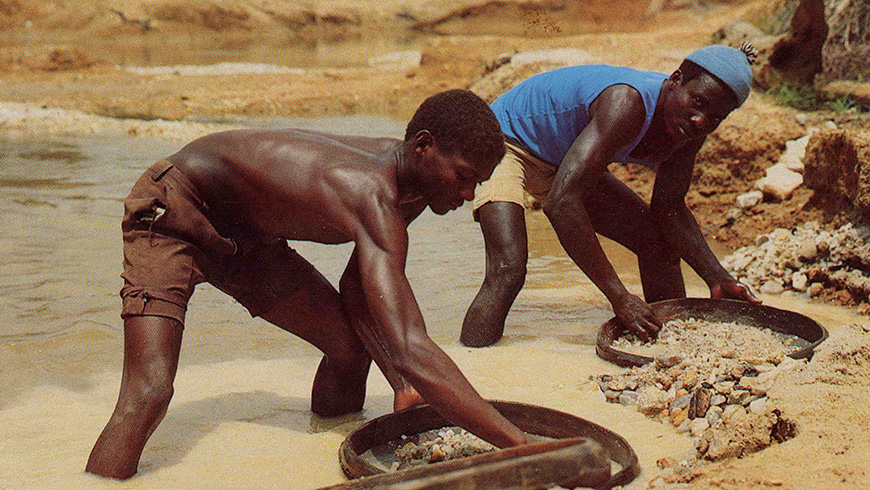 Although the movement to hold responsible parties accountable is gaining traction, much work remains to be done. Even with the proliferation since 1993 of international courts and tribunals prosecuting war crimes and crimes against humanity, those bodies have tended not to hold corporations and businesspeople accountable for their pursuit of profits at the expense of peace. The International Criminal Court recently announced that it will now include these cases as a particular focus moving forward. This should create conditions for international prosecutors to catch up with a shift since the end of the Cold War where the illegal exploitation of natural resources has substituted for superpower sponsorship as a primary means of financing conflict.

“Natural resource predation is a major influence on the dynamics of atrocities, and provide both the means and the motivation for mass violence in a lot of places,” Stewart says. “Part of these research ideas are focused on thinking about addressing the means and motivation rather than just mopping up acts of torture and murder and displacement and rape at the end of an atrocity.”

Stewart reiterates that the key to preventing these human disasters is finding ways of affecting atrocities before they take place. He sees the recent shift in international legal policy as an important historical turn.

“It is quite an astonishing thing that we live during a period when states establish a permanent international criminal court.” Stewart says. “People have been trying to do that for over 200 years and failed. It’s almost unthinkable that states would create an institution that governs genocides, war crimes and crimes against humanity because unfortunately they happen with great regularity.”

Still, the court has been subject to political maneuvering and has been reprimanded for its limited target zone.

“The International Criminal Court has been criticized in Africa for only focusing on Africa which, in the grand scheme of things, is bizarre given how widespread offending is throughout the world,” says Stewart.

Nevertheless, Stewart sees positive change on the horizon: “Increasingly there’s a trend where a number of different states are prosecuting people, including their business people, for implication in international crimes. This strikes me as a really important cultural shift where there is now recognition that our own nationals can be embroiled in atrocities elsewhere and that we should have some function of holding them accountable.”

Stewart says the change is likely to persist: “Last year for instance, the Dutch completed a prosecution of one of their own business people who was selling weapons to Liberian president, Charles Taylor and held him responsible for war crimes. The businessman received a 17-year prison sentence because Charles Taylor was using those weapons to terrorize a local population in Sierra Leone.”

Stewart considers the Stanford forum to have been a successful engagement. “Peter Wall Institute enabled us to bring several prominent discussants together to discuss and critique papers presented by the other scholars so that was exciting,” he said. “It was really wonderful, and it was testament to how people really wanted to join us. The core funding that the Peter Wall Institute gave was instrumental in making it happen.”