“Fungi are the interface organisms between life and death.” ~ U.S. mycologist and author, Paul Stamets

In October 2016, a three-year-old boy tragically died after ingesting a mushroom picked from a road verge in a residential area of downtown Victoria, British Columbia. While fungi are a common sight in urban settings during B.C.’s fall mushroom season, the youngster’s death was caused by the invasive Amanita phalloides, or death cap, the world’s most toxic and consistently fatal species.

Folk traditions concerning the deadliness of mushrooms have widely included the myth that all poisonous species are brightly coloured, but the death cap alone debunks this. An innocuous looking mushroom, it has a white stalk and gills with a faint green or brownish blush on the cap, so is easily mistaken for species that present no danger to humans.

Left: Amanita phalloides or death cap mushroooms are extremely poisonous. They resemble several edible species. Photo: Archenzo. Right: Galerina marginata mushrooms are also poisonous, but so small that it is less likely anyone could ingest a fatal dose.

The death cap has likely appeared in parts of B.C.—including the Fraser Valley, Vancouver and Victoria—over the last decade as a consequence of the importation of hardwood trees, the roots of which it can thrive in as fungus for up to five decades before fruiting. While other harmful mushrooms have accounted for close to 100 symptomatic poisoning cases in B.C. since 2014, the death of the young boy is the first recorded in the province from a death cap. That it was picked in an ordinary city street has understandably elicited great concern in regional health authorities.

As a natural extension of urban farming, foraging for wild foods such as mushrooms has become extremely popular in recent years. While it might be presumed that the majority of foragers understand what is and is not suitable for human consumption, misidentification of a mushroom species can lead to a tragic accident such as the Victoria incident. To this end, with the priority on toxic and edible species, Dr. Mary Berbee of UBC’s Department of Botany, and her research partner, Dr. Thomas Kosatsky of the B.C. Centre for Disease Control, have launched a Wall Solutions Initiative to create a DNA sequence database to characterize the fungi of the province. The Peter Wall Institute’s Wall Solutions Initiative provides funding that allows UBC researchers to engage with community partners to develop innovative solutions that can be adopted by communities. 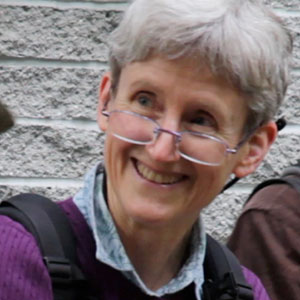 “The project began with a conversation with my Head of Department,” explains Dr. Berbee. “We were trying to think of ways of solving several problems: one being to increase the exposure of UBC students to experiential learning, and another to get a better handle on what actually exists in British Columbia by way of mushroom diversity—edible, poisonous, and otherwise. This is something I’ve been trying to work on for many years, as it irritates me that we should be as ignorant as we are of species’ biodiversity, because technically it’s so easy to improve it.”

While the technology for their work may exist, issues facing Dr. Berbee and Dr. Kosatsky as they collate the database concern the sheer scale of B.C. and the fact that so many mushroom species within the province are still unknown to science.

“There is definitely a limit to what we can do,” Dr. Berbee continues. “There’s a certain amount that we can do with the specimens we have in hand, but if we have to go out and find more stuff it really slows down the process of research, because we don’t know if they’re going to come up or not in any given year. So, if we’ve surveyed all the specimens that are in the DNA museum, and made sense of the species based on those specimens, then we’ve gotten a big chunk done. Geographically, we have increasingly good data for approximately the southern part of the province, and part of the reason for that is because of the amateur community.”

As she explains, Dr. Berbee views the fungi enthusiasts of ‘mushroom clubs’ as crucial to aid not only the collection and subsequent collation of data, but as the bridge between the scientific community and the public regarding the dissemination of vital information:

“The most important resource we have is our colleagues in the mushroom clubs, because they’re actively teaching people the mushrooms to avoid and those they could eat. For example, after the child in Victoria died from mushroom poisoning, the South Vancouver Island Mycological Society immediately put together a poster, in multiple languages, illustrating that the death cap is definitely not the straw mushroom for which it could be mistaken. They and the Vancouver Mycological Society have been collecting over years, and these collections allow us to recognize that what we have is simply not matching what we thought we had.”

Discoveries have been made as the research has progressed, one in particular regarding the genus of small brown mushrooms named Galerina, which had presented characterization challenges for botanists like Dr. Berbee. With over 300 species globally, Galerina mushrooms were considered ‘difficult,’ and when DNA sequencing began it appeared there was no consistency with which names applied to which species. While the Galerina genus contains some of the same toxins as the death cap, so are of concern, the mushrooms are so small that it is less likely anyone could ingest a fatal dose.

“But we don’t know which are poisonous and which aren’t, so it’s interesting,” says Dr. Berbee. “We divided the 200 or so collections in the UBC Herbarium into species using our DNA sequence barcodes, and one of my students is hoping to go to the University of Michigan to work with a specialist in the detection of the alpha-Amanitin toxin, and he will be able to evaluate which of our species really are poisonous, and which aren’t.”

The work of Dr. Berbee and Dr. Kosatsky continues, and through their work and the sterling educational programs of the regional mycological societies it is hoped that further deaths due to toxic mushrooms can be averted. That the first B.C. victim of a death cap mushroom was a child has brought the potential dangers of foraging into an emotional sharp focus, hopefully ensuring that foragers will educate themselves to take greater care in their mushroom harvesting than ever before.