Since late March, New York City has been the global epicenter of the COVID-19/coronavirus pandemic, with over 12,000 confirmed deaths as of April 30. Nearly every New Yorker has been affected, but the effects have not been evenly distributed. While there is emerging evidence in city data of serious disparities by race, it is also becoming clear, as this map indicates, that multilingual immigrant communities have been among the hardest hit.

This map combines the number of confirmed COVID-19 cases by ZIP Code (as of April 21) from the New York City Department of Health with the Endangered Language Alliance’s recently released NYC Language Map, which emphasizes linguistic diversity by representing over 600 languages at approximately 1,000 significant sites across the city, based on years of collaboration and data-gathering with the city’s language communities.

Despite significant nuances and challenges — such as how to represent languages (especially the more widely-spoken) at individual locations, major variation in population per ZIP Code, different levels of testing for COVID-19 — some overall patterns are clear:

These patterns are confirmed in stories from the communities themselves. Immigrant workers on the frontlines, such as essential care workers, food workers, and transit workers are at greater risk. Disparities around housing, income, health, and immigration status also play a role. A lack of timely, widely disseminated information in community languages, despite efforts, is another critical factor. Language is just one important indicator — note, for example, the affluent multilingual cluster around Manhattan’s United Nations with relatively fewer cases.

This map was produced by the Mapping Linguistic Diversity partnership, bringing together the Endangered Language Alliance and researchers at the University of British Columbia, with support from the Peter Wall Institute for Advanced Studies. Media contact: info@elalliance.org 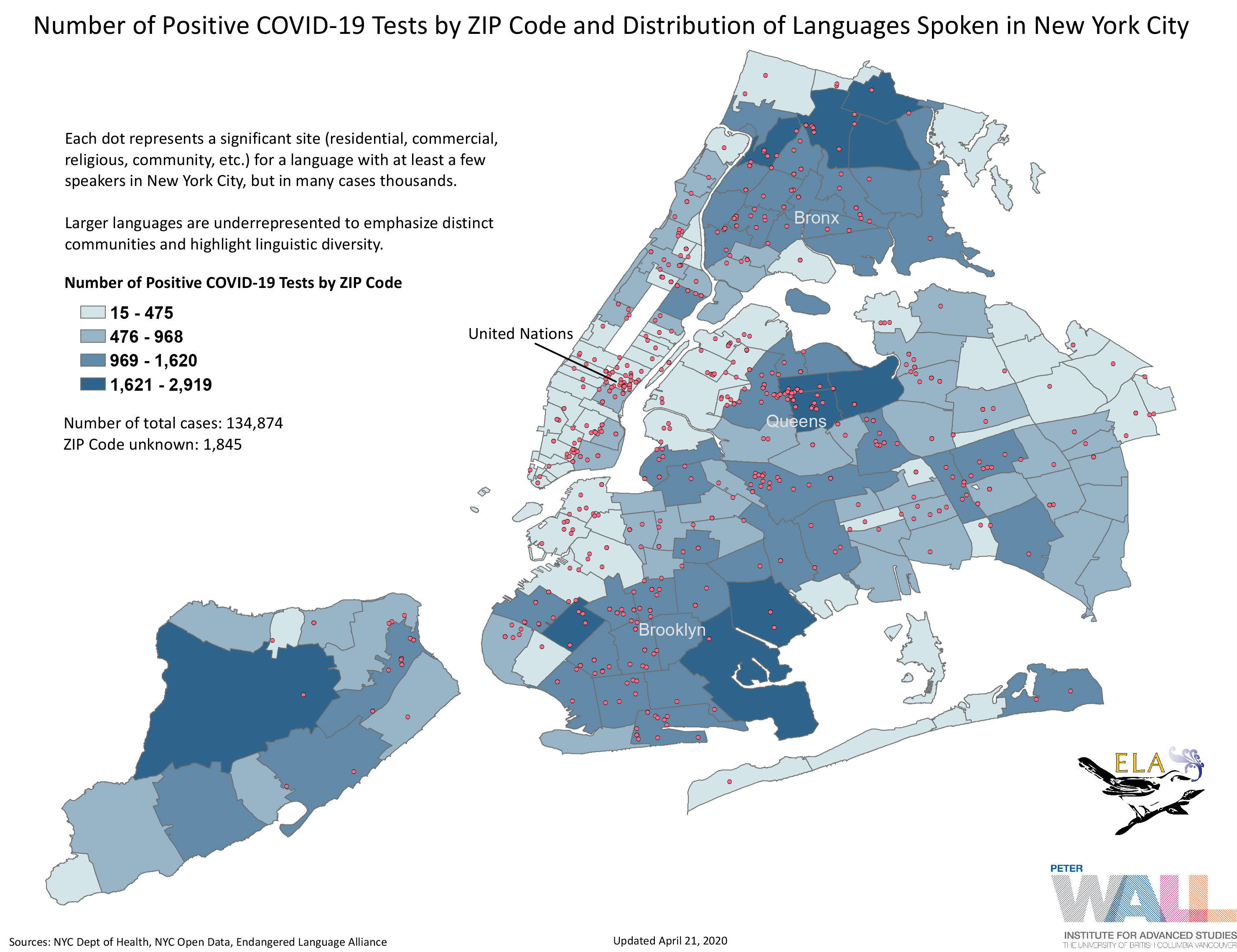