Watch the video of War Stories.

“War is complex and messy. Tonight we are embracing that complexity and messiness,” said Peter Klein, moderator of War Stories, an evening of thoughtful and moving explorations of war and its aftermath hosted by The Peter Wall Institute for Advanced Studies.

The event featured Contact! Unload, a powerful and deeply personal look at the lives and struggles of Canadian soldiers returning home after war. Seven combat veterans reenacted moments of trauma linked to their experiences in battle, playing off of the real work these men have done with the Veterans Transition Network.

“It's not a play. It's a performance. We're reenacting events that have occurred to us and to our friends. So it's very real,” said Major Chuck MacKinnon of the Royal Westminster Regiment, one of Contact! Unload’s performers. “There's not a lot of acting going on on the stage.” 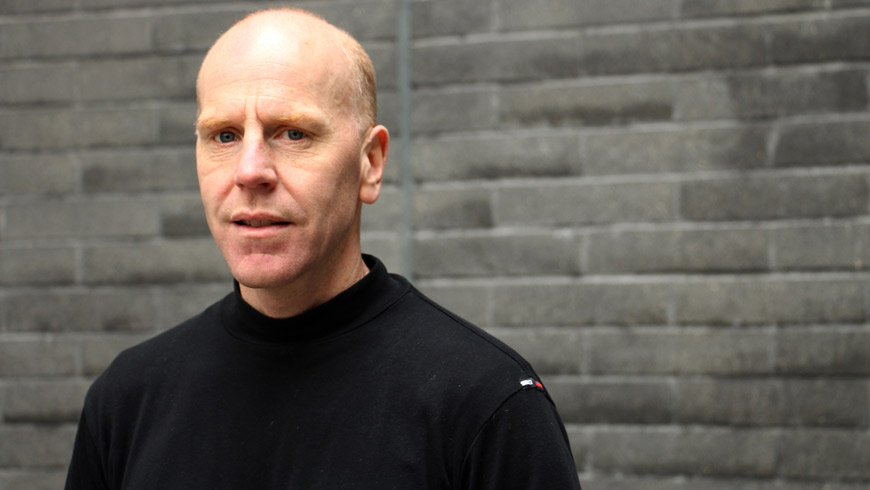 George Belliveau is one of the 2016-2017 cohort of Wall Scholars comprised of 12 UBC faculty members participating in a one-year residency program at the Institute.

Contact! Unload is directed by George Belliveau, a professor of drama and theatre education at the University of British Columbia. Belliveau’s work involves research-based theatre, where he makes data available and understandable to the public through the language of theatre, as opposed to presenting research verbatim or publishing an essay. He spent three months with his grad students and the veterans preparing Contact! Unload, using drama-based approaches to gather their stories, finding ways to communicate them through a theatrical practice.

Vets reach out to help

Contact! Unload playfully engages with Shakespeare’s Henry IV as the veterans are called on to re-write a rousing call-to-arms as it’s being recited, injecting their own language and battle experience into the Elizabethan play. More than just an inter-textual game, this exercise serves a very practical purpose, lending authenticity for the audience, some of whom may be veterans who haven’t reached out for help.

“If a veteran watches this performance, and it's not real, and the language is not real, and what we would do is not what we did, he will discount it. And if he discounts it, then he's going to discount the counselling. We can't have that happen,” said MacKinnon.

Certainly the performance is meant to reach civilians too. “For most of the Canadian public, I find most of it is education, MacKinnon said. “They see all the PTSD stuff on the news, and they have nothing to compare it to.” 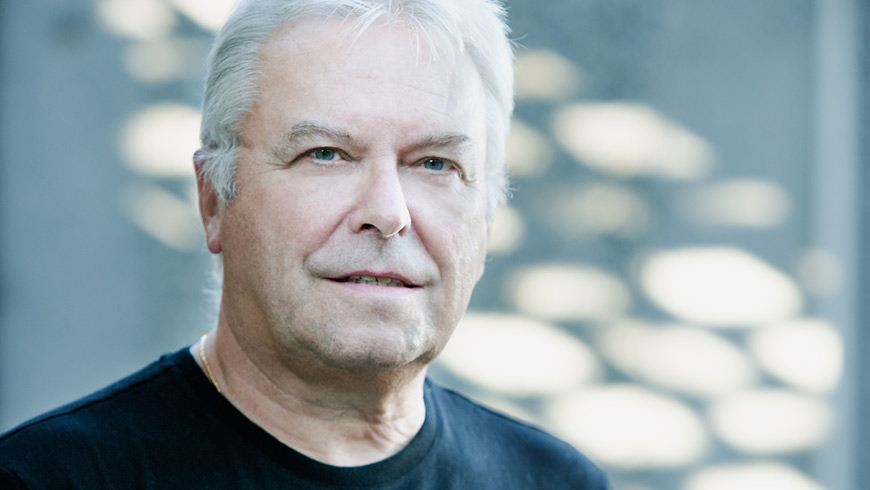 World-renowned geographer Derek Gregory spoke about changes in the evacuation of war casualties from battlefields over the past century.

Peter Wall Distinguished Professor Derek Gregory set the stage for Contact! Unload by exploring how battlefield casualties are evacuated and how their treatment has changed over the past hundred years. “What lies behind the sea of poppies flowing in the wind?” he asked, quoting John McCrae’s famous poem In Flanders Fields. Gregory explained that McCrae, a medical officer, wrote the poem in the company of thousands of wounded soldiers that he was treating on the front lines during World War I.

Behind those famous lines lay a crowded, complicated landscape of wounding—of stretcher bearers, dressing stations, ambulances, clearing hospitals, ambulance trains, base hospitals and hospital ships—through which wounded soldiers were evacuated from the killing fields and, in many cases, returned home. Being wounded was one of the most common experiences of the First World War, and yet the precarious journeys the survivors made away from the front lines have virtually disappeared from view.

Fast forward to the battlefields of Afghanistan in the early years of the 21st century and the dictum of the golden hour. If casualties could receive medical attention in the first hour after being wounded, they stood a good chance of surviving; evacuation by air and remarkably fast treatment were made possible by the medical innovations that have accompanied modern warfare. Afghani civilians, however, were not so fortunate. Civilian casualties received treatment similar to that of First World War soldiers and their fatality rates were vastly higher than that of the wounded NATO soldiers. 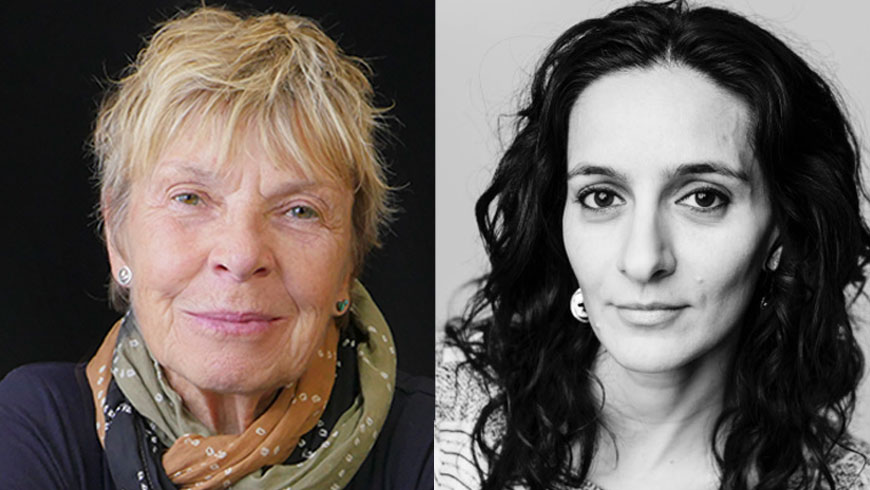 Ann Jones (left) is an independent scholar, journalist, photographer whose work focuses on the impact of war upon civilians. Farah Nosh was one of the few freelance photographers working in Baghdad under the Hussein regime.

Scholar, journalist, and photographer Ann Jones explored the definition of PTSD (post-traumatic stress disorder) as it applies not only to soldiers but also to civilians living through war.

“PTSD was first identified in the U.S. in studies of female rape victims,” Jones said. “Only later was the diagnosis applied retroactively to troubled veterans of the American war against Vietnam.”

Jones, who has written extensively about violence against women and reported from Afghanistan, Africa, Southeast Asia, and the Middle East, explained that PTSD is defined by fear, helplessness and horror. These symptoms often afflict civilians who are less likely to be diagnosed or receive the support and treatment they need as non-combatants.

Award-winning photojournalist Farah Nosh, presented her powerful images of civilian casualties of Middle Eastern wars that portrayed the savage toll that conflict plays on the innocent. Nosh travelled to Baghdad during the Saddam Hussein regime and has worked in Afghanistan, Lebanon, Pakistan, the West Bank, Gaza, and Egypt. Her slideshow chronicled the tragedies of wounded noncombatants as she related the healing that she witnessed as people told their stories, stressing—and questioning—the importance of photographing war zones.

Audience members engaged in a thoughtful Q&A session that exposed the conflicted and conflicting views of war. One woman, who grew up in Afghanistan and is now a UBC student, thanked the veterans for their service. Ann Jones, when asked about the necessity of armed intervention, said that peace was the only way forward.